Shaad Ali’s Kill/Dil may have some genuine laughs in the first half but it is one giant ride into nothingness. It is a film paralyzed with acute lack of material and even greater lack of intellect which practically sweeps clean any good taste that the first half may have left primarily because of an over energetic Ranveer Singh who gyrates his way to buffoonery effortlessly. The quirky sense of humor which nearly wins over your heart is steamrolled by an incessant foray of mindless plot development, a barricade of insipid songs and dance routines and a criminal under usage of Govinda.

The story or whatever you may call it revolves around two buddies Tutu (Ali Zafar) and Dev (Ranveer Singh) who were found by the roadside being licked by dogs as infants by Bhaiyaji(Govinda).

Bhaiyaji raises them as his own and the duo grow up to become ruthless murderers but with style. A chance encounter with Disha (Parineeti Chopra) changes both their lives as Dev falls head over heels in love with her while Tutu tries to convince him to set aside his feelings. The matter becomes worse when Dev starts finding it difficult to kill anymore primarily because of the dreams that he has already seen with Disha. Bhaiyaji is infuriated and he starts plotting to get back his soldiers. 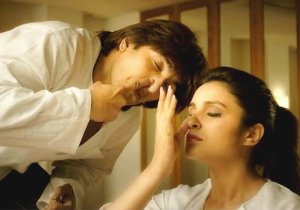 Kill/Dil is unnecessarily loud. The film has way too many songs for the liking. Each of the songs appear at the worst possible times further slowing down the already lackluster speed of the motion picture. The plot is something which has been done to death and not even the biggest and brightest of stars could infuse life into it. Nobody expected an Oscar worthy script but what the director could at least do was tell a story that had some heart and mind. The film has unnecessary melodrama which gets so repetitive and plain boring towards the need that it leaves a bad taste in the mouth. The climax is horrendous.

The film does have some seriously good comedy towards the beginning which is bound to make you laugh. The altercations between Disha and Dev are

really charming and they are one of the brightest patches in this otherwise boring film. The bromance between Ali and Ranveer is done well too and the chemistry between them shows. The actions are well filmed and even though they are far less and far apart they look pretty when they appear. The negligence that the director has shown towards Govinda’s character is criminal and should not be pardoned. I went into this film thinking it to be that film which would bring back the king of Indian comedy but that’s also what I saw was utter neglect.

Overall, Kill/Dil is technically efficient. It is one of those films which looks polished but its utter lack of material will practically destroy its chances of any success. Ranveer Singh does everything that he could to infuse some life into this narrative but he is unable to do anything to save it. His performance and histrionics may be the only saving grace of this otherwise catastrophic journey of Shaad Ali into oblivion. When I was walking into this film, I knew that Shaad was the man who made Sathiya and then Bunty Aur Babli but then he made a film called Jhoom Barabar Jhoom. He was returning after a long hiatus and the question in my mind was whether he would incline to a film in the line of Bunty Aur Babli or the horrendous Jhoom Barabar Jhoom? After sitting through this film of 2 hours which felt like 4 hours, I feel this is more in the line of Jhoom Barabar Jhoom.