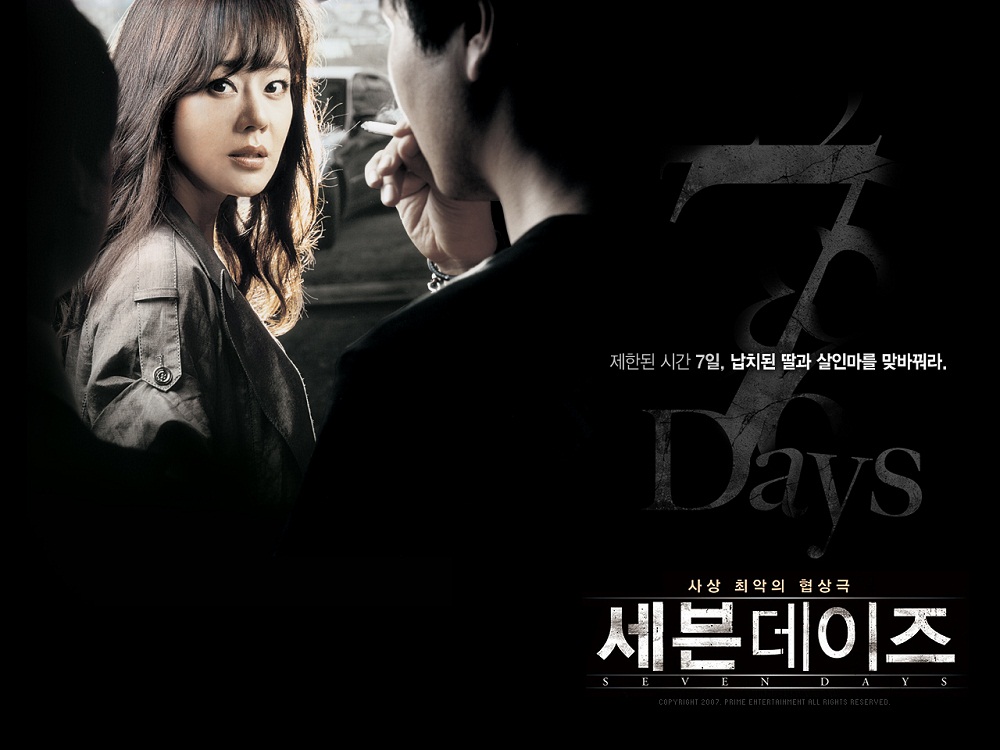 Seven Days is one of those rare thrillers which not only keeps you guessing till the very end but also leaves you with that strange sensation of “could something be still go wrong” even after everything is settled. That happens primarily because of the fact that throughout the narrative you are subjected to such atrocious amounts of tensions that by the time the protagonist finds back her life and happiness you still feel that how could things get so good for her after all that she has been through. There must be something more afoot. This is also the reason which makes this film so effective. I have been a fan of Korean thrillers for a while now. Films like Oldboy, Shutter and I Say The Devil redefined the genre in many ways. Seven Days is one film which will only further that good will in years to come as more and more people discover this gem.

Yoo Ji-yeon (Yunjin Kim) is a prominent lawyer, who has yet to lose a case. She has just successfully defended a not so good guy who 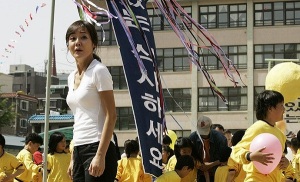 promises never to forget her debt. She has a lovely daughter. While Ji-yeon is taking part in a parents-only race at her daughter’s field day, her daughter is abducted by a man. The man makes it clear that he is not interested in her money. He tells her that the only way she will ever see her daughter again is to defend a five-time convicted felon who is appealing his conviction for rape and murder. Ji-yeon has only seven days before his trial ends. Desperate and distraught she employs the help of Kim Seong-yeol (Park Hee-soon) a detective and her friend from school to not only track down her daughter but also help her gather enough evidence to win the one case that she cannot afford to lose. 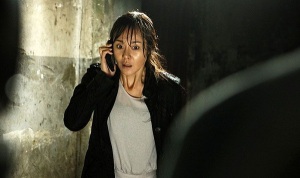 The film moves at a speed which may not be easy for many to withstand. I have seen many fast thrillers but the editing techniques and the camera movements coupled with the fastest of fast cuts give this film the kind of momentum that will make many feel dizzy. It is also one of the defining factors of the narrative a we know from the beginning that Yoo has only seven days to gather evidence in favor of a man who she herself believes to be guilty. She never expresses her feeling of the man’s conviction but her eyes give her away. She keeps getting calls from the abductor with constant threats raising the pulses. At one much instance she gets a glimpse of her daughter but is unable to save her. At many junctures she has a feeling that she might be really close to finding answers but her foe is always a step ahead.

Thanks to the editing style and the way the film is shot, the audience is bound to feel every bit of the tension that comes along with the 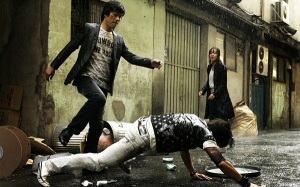 knowledge that you have just seven days to gather evidence about a known convict and save him from a crime which he seems to have committed and save your daughter. Another important feeling that the director is able to put in your mind is the fact that the convict might be innocent all together in which case the abductors would turn out to be the good guys and the whole act of kidnapping Yoo’s daughter would become a crime committed in desperation. Thus in doing so the director plants the seeds of doubt in your mind as to who was the good guy who was the bad. 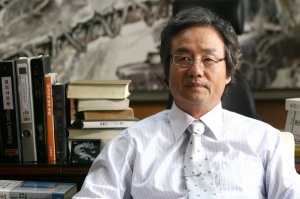 Yunjin Kim is a revelation in this film. She not only portrays the right emotions at the right time, she successfully transposes the tension that she is going through to the audiences. She starts off as a confident lawyer but by the time we reach the end of the narrative, her character experiences such a diverse range of situations and emotions which not only leaves her drained but also makes her question her attitude towards a few others. Park Hee-soon as her compatriot and the only person who she could share her predicament with is superb. He compliments Kim perfectly and in many scenes works as the perfect foil to her act. The rest of the cast is pitch perfect and leaves no room for any complaints.

Bachchan playing the protagonist. I just wanted to browse through it to get a feel of it and what could be expected from the Hindi version. However 15 minutes into it and I was totally taken over by its drama. I started watching the film at about 12 pm at night and finished it by 2:30 odd knowing fully well that I would have to get up by 6 am the following day for reaching office early. Such was the power of this film. Once you start watching it film you cannot let go. If Sanjay Gupta and Aishwarya Rai are able to pull off even 50% of the original, we will have a rollicking thriller in our hands. This one was superb and now the wait is on for October when the Hindi version hits the screen.