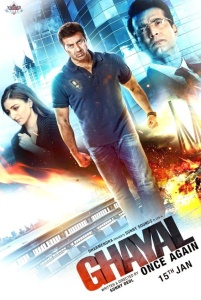 I have been waiting for Ghayal Once Again from the time it was Ghayal Returns. I am a huge fan of Sunny Deol and I even loved some of his lesser films like Big Brother. There were scenes in Big Brother, where Sunny rammed through cars and stuff. But they were done with such gusto that I didn’t care that much for the exaggeration. I was expecting a similar affair with Ghayal Once Again. Sunny helms the direction and also holds top bills in the writing department. Let’s be honest, we know that Sunny is a power packed performer and is immensely likeable in these sorts of roles but direction is not his forte. Thus to start with that was my first and probably only doubt with the film. We will get back to that in a bit.

The story revolves around four youngsters who stumble upon evidences of a highly powerful businessman’s son committing a murder. The four teenagers are then 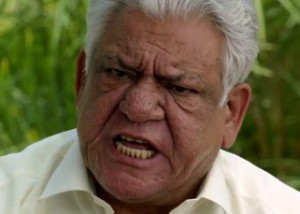 categorically targeted by the businessman, backed by the whole Mumbai police force, the ministry and his own army of henchmen. However there is Ajay Mehra (Sunny Deol) standing between the teenagers and total annihilation. Thus we are set up for a rollicking fare which would get even the most disinterested Sunny fan interested. The film has a breezy runtime of two hours and has all but one song. There are no romantic angles and it remains firmly on track of what its basic premise is all about. 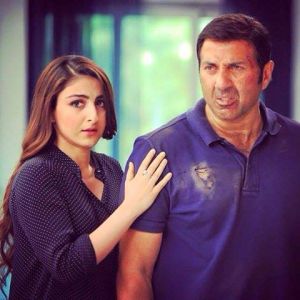 The film starts with promise. The proceedings get interesting and you really want the annoying son of the businessman to suffer. He just looks and acts so very irritating that you want Ajay to wreck his face and pull his entrails out and play with his blood. There is a nice little setup of events in the middle of the narrative when the teenagers go to Ajay with the evidence and the villains also know of the existence of the proofs and go all out to get to the teenagers before Ajay does. The chase sequence starts from the road and culminates in the Phoenix Mall and is done so well that it will keep you at the edge of your seats. This sequence takes up almost a third of the film and is by far the most interesting part of the film.

Following this sequences the film takes a downward plunge. It gets too melodramatic way too soon and the story goes

nowhere. Thus really convenient plot twists are brought in which makes no sense and only adds to the piling boredom. The action sequences are no doubt done well but they lack the power and thrills that we associate with Sunny Deol fares. He seems a bit laid back as he goes about doing his stuff and doesn’t give it his all like he used to. The last act of the movie literally falls flat on its face. The visual effects which forms a large portion of this act is so bad that it would make even some commercials appear more real. 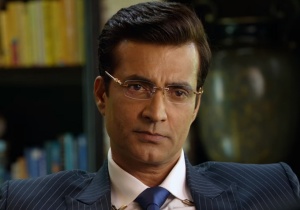 The whole helicopter sequence is terrible. The way in which Sunny fights the goons is also slow and it seems that they are matching his steps. The chase sequence was a much better and you are reminded of it while watching the film which in turns is a very bad thing for the film’s treatment. Narendra Jha plays the businessman Bansal who is an equivalent of Amrish Puri’s Balwant Rai from Ghayal. He huffs and puffs and makes a lot of noise but is not even a shadow of Puri who not only had a menacing presence but was also extremely effective. I really wanted the dude playing his son to suffer and see him thrashed beyond recognition which unfortunately doesn’t happen. The film has a tapered and lame climax which isn’t anything like some of the most powerful Sunny Deol starrers.

Soha Ali Khan is there and she comes up in sequences where you least expect her to be. She is all over the place. She isn’t Ajay’s love interest and neither does she mind referencing him as the iconic mental patient who was cured by electric shocks right in front of him. I couldn’t control my laughter at these sequences. There are a plethora of such nonsense sequences which liquidates whatever little novelty this film was able to build up. Sunny Deol over does his melodrama in a lot of sequences and under performs in the action sequences. The anger is lacking and so is the panache. Om Puri is barely there but is likeable. He is the only other link apart from Ajay Mehra that this film has with the previous installment.

Suffice is to say that Ghayal is a poorly written and poorly directed film. The film had the potential to be a good film as it had its heart in the right place. But it has to be noted that even for a great idea to take wings, it must be thoughtfully and painstakingly nurtured. This one is a great opportunity missed.