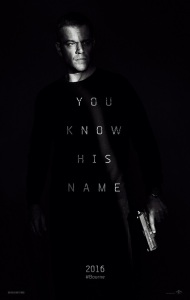 Jason Bourne is a smashing franchise that has been getting better and better with the years. When I say that I don’t take into account, The Bourne Legacy which I still felt was not as bad as many critics had you believing. However, when we have Bourne coming back after a rather long hiatus and Paul “The Man” Greengrass directing the film, we expect nothing short of an epic. That’s where the biggest problem of this film lies. It is weighed in by the mammoth expectations and to speak truly it isn’t as intense or action heavy as the other Bourne films. While the previous three films played on the plot of a master assassin looking to piece together his life and an agency hell bent on destroying him, Jason Bourne has an Edward Snowden-Esq predicament for Bourne to be the thorn in the eye of the CIA. This doesn’t always work.

The film starts strong. Bourne is in hiding. Nicky Parsons who is his only living relation, if she could be called that 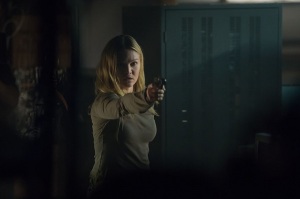 has finally hacked into the CIA and done away with some extremely sensitive material related to the black-ops. These files also contain information about Bourne’s father and clues to the reason behind why Bourne was being surveilled by the CIA. She raises enough questions to make Bourne come out of hiding and help her openly. The CIA learns of the hack and dispatches its asset to take down Parsons and Bourne. In the ensuing chase, Parsons is killed. Bourne loses the one surviving relation that he had in the world. He now comes at the CIA with everything that he has got. But wait! The revenge is only a subplot. The actual point is to keep the hacked data away from the web and yet make sense of it. Thus Bourne is the Snowden instead of the revenge machine that he successfully portrayed in The Bourne Supremacy.

Instead of gunning for the heads of the men who murdered Nicky, Bourne gets consumed in analyzing the data and piecing together his last moments with his father. This is by no means is a bad subplot but unfortunately, it takes away the attention from what could have been a better plot point to advance the story. The revenge. Nothing like revenge to spur action. Speaking of the action, the film does lack a lot of it. It starts off with a sensational chase sequence in Athens which takes place in the middle of a riot at night. This sequence sets the bar high for the rest of the film and unfortunately the actions that follow cannot match this high standard. What was infinitely worse was the fact that the final action sequence involving two assassins feels almost forced. The piling rubble of destroyed vehicles and the superhuman strengths of the men cannot be justified in a film that is trying to be sane to derive some believability out of its plot.

I want to ask, whose idea it was to release this film in 3D ? It is one of the most blatant wastage of 3D that I have seen in years. This is not the kind of film that should be rendered or released in 3D. Instead of adding another dimension, the 3D actually negatively affects the visuals of the film. Greengrass is known for his shaky cam style and I am not a fan of the technique. While The Bourne Ultimatum looked stunning and the shaky cam worked perfectly there, I still had some issues with the quick cuts. The quick cuts and the shaky cam here though is enough to give you a headache. The matter is made worse by the 3D. The director feels that he is expressing the chaos or tension of a moment by that technique and it has worked wonders many times. But I don’t think it did this time. He might have just gone a tad bit too far this time.

The performances are solid, though. Matt Damon is always great and he has this ability to pull off a sort of a

deadpan charm that most actors cannot. He moves briskly through the action and emotes when he has to. Alicia Vikander has a substantial role and she does brilliantly. What’s best about her act is that you never know whether she is with the protagonist or is she a wolf disguised as a sheep. Tommy Lee Jones is apt as the main antagonist. He plays the exact same character as Brian Cox or David Strathairn but in his own style. 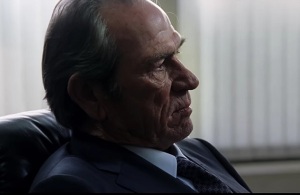 Overall, Jason Bourne is the weakest Bourne film starring Matt Damon and directed by Greengrass. It falls way short of its mark both in terms of action and drama. The 3D doesn’t help either. The mammoth expectations that I had from the film, which thankfully mellowed down with the pouring reviews, didn’t help either to make the film any better. What we needed was some more thought into the writing, some more action and probably they would have done better had they just stuck to the revenge plot. That, however, is now spilled milk under the bridge. Some other day some other movie maybe.