I have a colleague in my office who is known for his poor jokes (PJs). It all started with very few actually understanding them and many ridiculing the sheer insanity of the jokes. But with time we came to adore his PJs and as of now they make us laugh almost every day. Freaky Ali is like those PJs that we have come to love. It’s insane, it’s over the top and it is stupid but there is something in its core that will definitely make you laugh. The performances by almost the entire cast are so endearing that the loopholes in the narrative, of which there are innumerable, are somewhat covered up. What is left is two hours of quirky family entertainment that is an absolutely harmless watch. 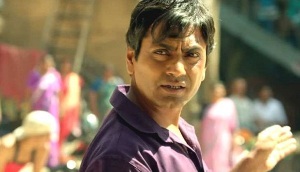 luck. He needs money to survive and his friend Maksud (Arbaaz Khan) takes him under his wings and down to the underworld to earn a decent living. However, a chance encounter with a golf coach turns his life around. Ali realizes that he has the potential to be a pro-golfer and goes all out to achieve this goal. Standing in his way is Vikram Rathore (Jas Arora), a five times national champion who looks down on him terribly and has a unique animosity with him. However, he has the support of Megha (Amy Jackson) who falls for his simplicity and quirky charms.

As you read this premise you must be thinking of the thousands of other such similar films that you might have seen over the years. We like to call them underdog stories here in Bollywood. You would be right in judging it to be one but what you will not be able to judge from this premise or the trailer is the amount of fun that this film exudes through its many set pieces. Just imagine a girl asking you “are you sick?” after you have passed a lewd comment on her and you reply, “no I am Muslim”. That’s the level of jokes in this film and frankly speaking, it’s not going to appeal to one and all. You have the choice of deciding whether it is your type or not? If it is, then you will have a rip roaring time with this film. If not then you will probably not last an hour.

Nawazuddin Siddiqui is great as always. People say that he is getting typecast. Maybe he is. But as long as he

is giving such terrific performances in roles that may be similar, I am not going to complain. His comic timing is impeccable. There was a line where Arbaaz Khan’s character tells a person referring to his age that “you were a boy when Amir Khan wore his trousers up on his chest” (a direct reference to the dressing sense of the 90s). I found this line hilarious and the manner in which it is delivered is, even more fun. The film is peppered with numerous such references that will find takers only among the Indian masses. Nawaz shares a great chemistry with Arbaaz Khan who is actually good in this film. The role suits him wonderfully and he does well to render the character believable and likable. Amy Jackson is the only sore thumb. Firstly she has nothing to do and secondly she is done in by some terrible voiceover which feels utterly fake and almost pasted on the visuals. Jas Arora is an able baddy and does what he needs to do. Seema Biswas is overtly melodramatic and unnecessarily loud. I never liked her in any other film except “Bandit Queen” and I still don’t like her.

On the flip side, apart from being stupid, done to death and extremely predictable and corny, the film also has absolutely no surprises coming your way. The subject matter is approached in the most generic way possible and with absolutely no swagger whatsoever. It is only rescued by the gags and the performances of Nawaz and Arbaaz. The music is a stickler as always and pops up at many junctures bringing the screenplay to a screeching halt. This was a film which should have been ideally ninety minutes long. That way the proceedings would have been tighter and much lighter on the senses. That is not the case.  Overall, Freaky Ali is an entertaining one-time watch for those who enjoy the kind humor I have discussed above. Get into it knowing what this film is and chances are, you might just come out entertained.