Commando 2 follows the exploits of Karan (Vidyut Jamwal), the Para Commando from the 9th Parachute Regiment who is now freelancing for the government or something similar as it would seem. It is never made abundantly clear. He tracks down a middle man in Taiwan and before he takes him out, the guy tells him that a huge stash of black money has been successfully laundered and taken out of India by a man called Vicky Chadda. But before Karan can reach Vicky Chadda, Vicky escapes to Malaysia with the stash. Karan is now entrusted to bring back Vicky who has been arrested and held for deportation in Malaysia. Karan must do so being a part of a team that has been assembled by the home minister with a clear motive of sabotaging the whole mission, or is it?

Commando 2 has many factors working in its favor. The first and foremost being the fact that it is extremely entertaining. The film is lightning fast

in its screenplay. The characters are introduced and set up using amusing histrionics that felt straight out of the eighties’ movies. I am a huge fan of the 80s Hindi films and hence the histrionics found a taker in me as an audience. The story is laced with many twists and turns. These twists and turns are evenly peppered along the narrative leaving enough room between them to enjoy them sufficiently. The twists and turns are nicely camouflaged and if you are not a viewer of thrillers and suspense fare, chances are you will not see the twist coming your way. The film also has an extreme wish fulfillment agenda towards the end which will easily find takers among the Indian masses. The issue of De-Monetization is addressed and nicely interwoven with the narrative.

The film has a lot of action but they are hardly as good as Jamwal’s previous films like Force or Commando. There is a continuous feel of lethargicity and lack of physicality in the action sequences. There are way too many sequences where the wire work is evident and very noticeable. For a man of Jamwal’s credibility that is really sad. They should have kept the action physical, brutal and serious. The flying around did not help. The parkoar chases are also very badly done. If you look closely at the manner in which they are edited, you know for sure what’s happening there.  Every sequence where Vidyut fights side by side with the rest of the team members, he has to evidently slow himself down to match steps with the others.  That takes a toll on the amount of fun associated with the action sequences. The visual effects are poor and the ADR missed its point at least on two places. That’s unpardonable in a film of this standard.

Let’s now get to the real cons of the film. The plot though interesting is highly improbable and plain stupid in many of the sequences. I can put my fingers on multiple slip-ups on part of the writers but I cannot do so without giving any spoilers and hence I will refrain myself. The acting is terrible. Vidyut has his own charm but at the slightest pretext of him having to work through a lighter or remotely romantic moment makes him uncomfortable and it’s very visible to the audience. That’s not a good thing for an actor. Also, the exposition-heavy sequences further expose his lack of range where he feels like a news reader just reading out passages. He is not at all comfortable in the sequences with Esha or Adah which badly hits certain scenes.

The other characters in the team including Adah Sharma are there just to increase the count and glamor. Adah’s character is the biggest joke. She in no way resembles what can 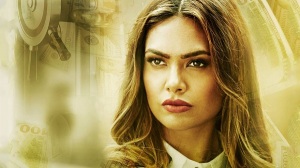 be remotely called an Indian Police Woman let alone an encounter specialist. Her Hyderabadi dialogue delivery was another huge irritation. Many of her lines were incomprehensible. Freddy Daruwala starts off with flair as the marauding Inspector Bhaktawar but fizzles out as the film progresses. Esha Gupta hams and hams a lot. She is so stereotypical and predictable in her essay after a major expose is made that you feel nauseated.

Having said all that, I still had a load of fun with this film. It is bad, it is stupid and it is pathetically acted at many junctures but the film never takes itself seriously which allows its characters and the over the top story and screenplay to be enjoyable. If the viewer is able to take the film for what it is, it can be a very enjoyable affair. However, it may be difficult for many to accept this bird-brained plot and its almost unfathomable co-incidences. The writing loopholes and the gaps in the scripts may also be lingering issues for many. The action also could have been done better. But it is not boring. And that I believe will be the biggest pull for one and all. The film will let you have a good time.