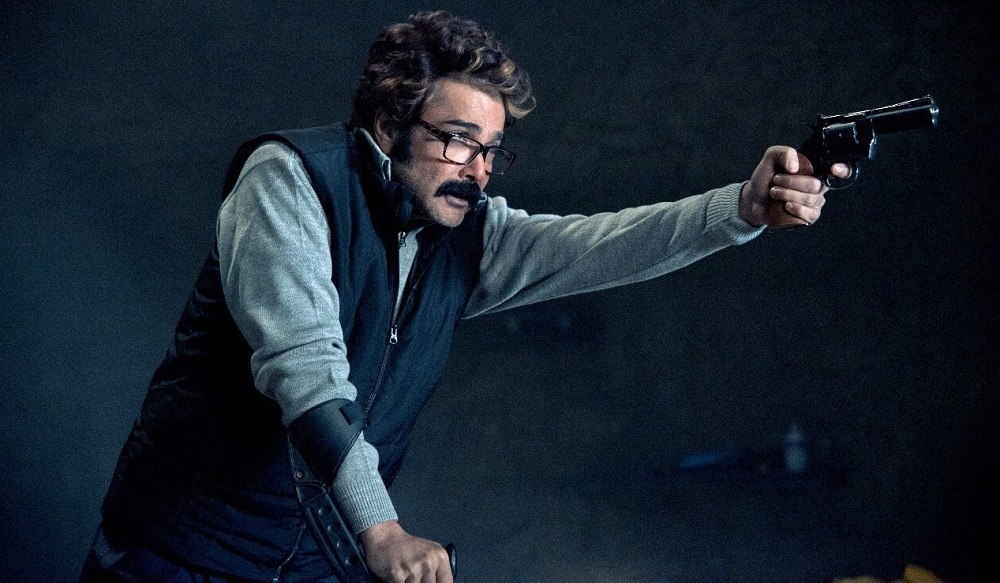 With the first trailer of Yeti Obhijaan hitting the social media, I was going nuts to see this film and it’s not only because of the fact that I am a huge Srijit Mukherjee fan and have loved almost all his films but also because of the fact that this film looked spellbinding. The Bengali film industry, over the years, has been riding on a wave of renaissance and I have mentioned it time and again in my previous reviews of Bengali films. Srijit Mukherjee is one of the primary proponents of this change with films like Baishe Srabon, Hemlock Society, Jaatishwar, Chotushkone, Mishawr Rawhoshyo and the very recent Zulfiqar. Every time he has made a film, he has tried something different and most of the time he has succeeded. As far as Yeti Obhijaan is concerned, he has succeeded only to a certain extent.

Kakababu (Prosenjit Chatterjee) and Santu (Aryann Bhowmik) travel to the Himalayas apparently to climb Mount Everest. However as the story progresses, Santu comes to know that Kakababu might not be gunning for the Everest after all but is in search of the mythical Yeti, a giant amalgamation of ape and bear that is revered by the locals. After a lot of wait, the team of Kakababu and Santu finally get a glimpse of the Yeti only to be forcefully evicted from the spot by the locals who believe that their quest for the Yeti will bring nothing but trouble. The two are imprisoned in a secluded stone igloo for 5 days with no food and limited water. What happens next forms the crux of the narrative.

Yeti Obhijaan looks stunning. The swiping cinematography that captures the essence of the mood and feel of the film is truly remarkable. The film is exceptionally well lit and that makes every frame almost as good as one you can simply save and keep as desktop wallpaper. The use of colors is extensive. Every variation of red, yellow, blue and green just jumps of the screen against the serene white background of the ice-covered terrains. There is a sequence wherein Kakababu and Santu try to accumulate water from the snowfall using a window in their igloo. The manner in which the DOP plays with light in this scene is beautiful.

They say that the best VFX are the ones that you don’t notice. Well, if that’s the truth then Yeti Obhijaan scores well in the VFX department. It is apparent that there must have been use of a lot of VFX but when the film is in flow and the action unfolds, you will not notice a thing. Apart from two overhead shots wherein the use of green screen was noticeable, I was never bothered by the quality of VFX which marred a film like Chander Pahar. The film, like so many other Srijit Mukherjee films, boasts of great background score and music. I loved the title track. It was perfect for a film of this mood and nature. I can imagine myself listening to it everytime I workout in the gym.

Having said all that, I finally have to get down to the points that made this film a bitter sweet affair for me.

I wanted to love this film. I wanted to be blown away by this film. But I wasn’t and that’s tragedy enough for me. This is a film that is truly of international standards if we speak of the technicalities but lacks in some of the key elements that were the hallmark of Srijit Mukherjee’s cinema. He is still one of my favorite Bengali film directors and I am not giving up on him. I know he will bounce back and bounce back strong.