Pokémon Detective Pikachu takes us to Ryme city where humans and Pokémons coexist in a unique balance. Tim (Justice Smith) is called back to the city after staying away from it for years when his detective father is killed in an accident. Tim has been estranged from his father after the death of his mother and is himself coping with loneliness. When he arrives at his father’s apartment, he finds his father’s Pokémon, Pikachu (Ryan Reynolds) who is suffering from amnesia. Tim can understand what Pikachu says which is special as humans are not supposed to understand Pokémons. Pikachu believes that Tim’s father might not be dead and tells him that he can help him track his father down. As luck would have it, the two strikes up a unique camaraderie that leads to unfolding a conspiracy that threatens to change the world the way we know it.

Pokémon Detective Pikachu has a lot to entice you with. To start with, the film tells a story that is interesting, gripping and ripe with mystery. I couldn’t put my fingers on the primary adversary right up till the very end. For a film of this nature, that is something great. There are some issues with the story that comes right at the end but by then we are done having so much fun that it doesn’t really matter anymore.

The film has some stunning visual effects. Ryme city feels like a place that has been lived in. Never for once did it feel tacky or made up. Rather every aspect of it felt real and organic. The manner in which they were able to show the respective places of the men and the Pokémon in the city was yet another aspect that contributed heavily to making the overall topography feel authentic and immersive. If that was not enough, the action sequences were top notch and massively mounted. There is a scene where a whole landmass is shown changing shape and place and it was a kind of sequence that felt premium. Every bit of action involving the Pokémon is done with aplomb leaving no room for any complaints whatsoever. When Tim is attacked for the first time by the monkey-lookalike Pokémon, I was almost at the edge of my seat. Another similar nerve-wracking sequence occurs towards the end in a lab. Pikachu’s fight with Charizard was another extremely well-executed action sequence which would make one and all stand up and take notice. 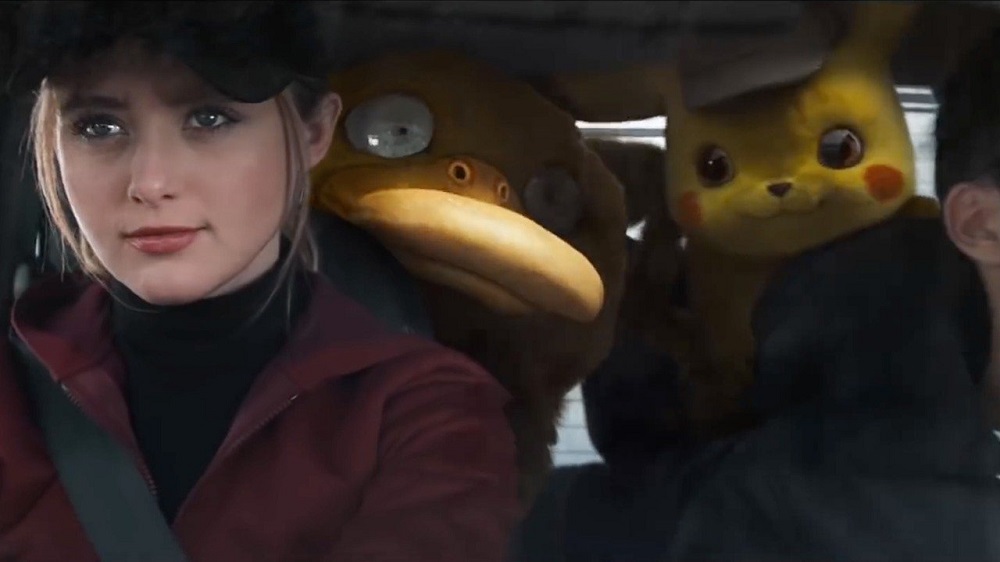 Pikachu is easily the most enterprising thing about the whole film and it is no surprise since he has his name on the title of the film. Not only is his design plush and lifelike, Ryan Reynolds breathes life into the character with his quirky comic timing and some extremely well-written dialogues. Reynolds is also able to extract some genuine emotions for Pikachu which further helps the cause. His camaraderie with Justice Smith is easily the highest point of the film and once Reynolds appears on the screen, the film becomes a whole new beast altogether. I was delighted to notice that it was not just Pikachu that was designed to perfection but every other Pokémon. Be it Charizard, Mew or Psyduck, the VFX team nails every Pokémon to its minutest details which contributes heavily to making the film feel visually rewarding. The realistic portrayal of the Pokémon also helps to keep the viewers grounded in a state of seeing something that is for real.

Having said all that, the film does have its share of issues. I was not at all convinced by the villain’s plan for the world. He does something that not only makes very little sense but does it in a way that is just convenient for the director to wrap up the film in a hurry. Since the rest of the film is so well envisioned and thought-out, this portion feels hurried, improper and almost unfinished. The last action sequence is also the weakest of the lot. If that was not enough, I wasn’t able to get behind what they do with the character of Pikachu in the end. It just felt highly awkward. I also didn’t care or feel anything for the human characters including the protagonist Tim. That is a huge handicap in a film that relies so much on the human–Pokémon drama. It’s also a matter of regret to have actors of Ken Watanabe and Bill Nighy’s talent and give them almost nothing to work with.

Having said all that, Pokémon Detective Pikachu has enough material to keep you hooked for at least 2-3rd of the film. It is also able to understand its audience and fan base and gives them enough fan-service to pull a veil over some glaring loopholes in the narrative and a weak climax. This is also a genuinely funny film that is bound to have you in splits. It does help to have Ryan Reynolds in the midst of things as he is such a natural crowd puller even if it’s just his voice that is finding its way through a character. Add to that some blistering action and a visual palette that is imaginative, colorful and has a lot of physicality to it and you have a film that is very easily likable and enjoyable.

I was impressed by this film. I wasn’t expecting it to be half as good as it is and that was a major surprise. What surprised me most was the amount of interest the makers took in the story and the characters. If only the climax, the human characters, and the final reveal were not as lame as they were, this could have turned out to be an instant classic. It is still a very entertaining watch though.