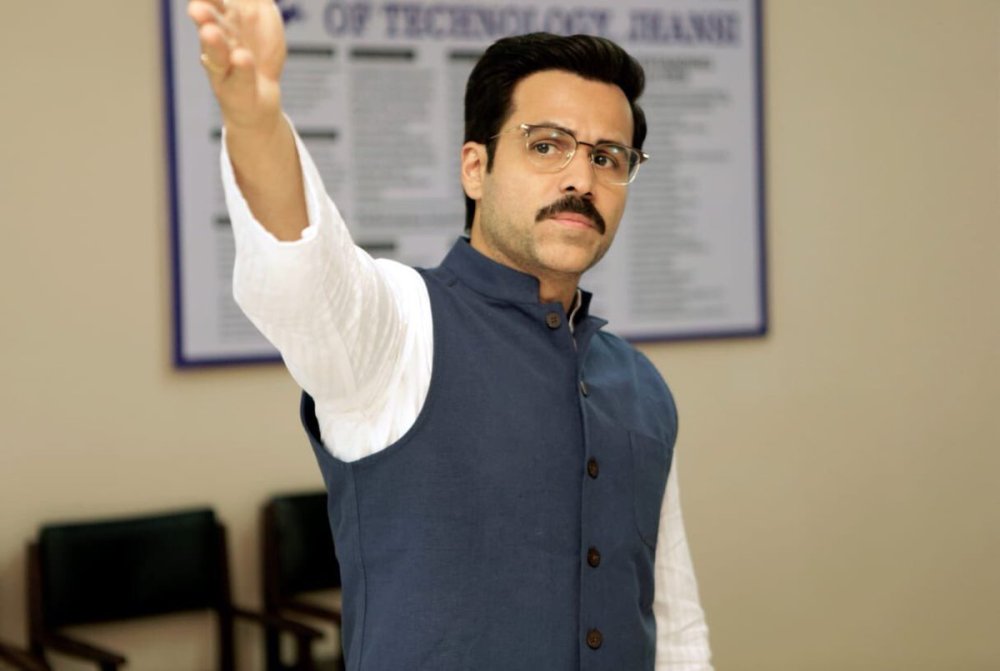 Why Cheat India is about Rakesh Singh aka Rocky (Emraan Hashmi), a man who starts off as a small time education broker (a term I coined just now) but soon becomes so big that he garners the power of making and breaking lives. Initially Rocky hires brilliant students to write entrances for the rich and dumb but within a few years, he metamorphs into an octopus who has his tentacles in everything unholy in the education business. One of his favorite benefactors is Sattu (Snighdadeep Chatterji), a brilliant student who secured 297 in his entrance and is recruited by Rocky to write entrances for people all across the country. Sattu, who is also a student at the most respected engineering institute of the country soon finds it too demanding to continue with his studies and write exams for Rocky at the same time. Desperate for some leverage he goes for drugs and gets rusticated from College. Rocky sets his predicament straight as Sattu is not only his favorite but he also has feelings for his elder sister, Nupur (Shreya Dhanwanthary). Once Sattu is settled in Qatar with a lucrative job, Rocky severs all ties with him and his family as he has bigger fishes to fry now.

Contrary to whatever criticism this film received upon its release, I loved Why Cheat India. Here is a film that never loses its focus from its central theme and that is one of its biggest strength. There is a lot of meat in the story and the screenplay always plays to its strength. The film had me invested in its tale from the get-go. The story starts off by introducing us to Sattu and how he has made it where he is at the start of the film. The film also takes this opportunity to introduce us and make us care for the other members of his family. Rocky makes an entry quite late into the narrative and when he does we are captivated by his charm and charisma just as much as Sattu and his family. He feels like someone who is doing exactly what he says he is doing. “Providing undeserving some sly chances whilst making the deserving rich”. But all that changes when we start seeing him for the sheer evil that he is.

Why Cheat India never for once tries to sugar-coat what Rocky does. Even the occasional romantic number that pops up at moments when we believe the worst side of Rocky would be showcased doesn’t exactly whitewash his character. In fact, that film goes the distance and shows his moral bankruptcy when he is shown having an affair in spite of being married. Once Sattu leaves for Qatar, Rocky levitates to a whole new level of evil. This is also where the film changes its tone and becomes darker. The fact that Rocky takes pleasure and pride in his achievements only makes the matter that much more alarming. He is captured once with a huge cache of money but doesn’t spend more than a night in the jail. When he walks out, he is able to get inside the head of his investigating officer and soon ends up aiding his son who was being wronged during an exam. We are left to wonder whether the officer, the only one who is shown going after Rocky with all guns blazing, has fallen prey to his advances. A question that is answered in the climatic end of the movie. Even when Nupur walks back into his life, I was confused for a while as to what it was leading to but the manner in which the director wrapped up this portion of the story was highly rewarding and emotionally affecting.

Emraan Hashmi literally carries the whole film through with his devilishly charming act. He is never seen wearing anything that is less than perfect. Even when he is in his bedroom, he doesn’t forget to adjust his glasses to align them perfectly with his face lines. His mannerism is uber cool and even when he is saying some of the most outrageous things, he says them with the kind of conviction that makes us believe them. He easily gets physical when he has to and feels organic when he is that way. His Rocky develops with the film as we see him as a street smart con man to start with but gradually metamorphs into somebody who rubs shoulders with the whose-who of the society and has the swagger to make them feel puny in front of his persona. Emraan Hashmi shows the range and conviction to bring out all these different aspects of his character convincingly. It’s also a fact that he does better when he is playing evil and the character of Rocky plays to his strength. I loved his camaraderie with Snighdadeep Chatterji even though it doesn’t last for too long.

Snighdadeep Chatterji is brilliant in a role that needed a lot of control and realism. He is believable as the star-struck kid who is just learning that giving entrance for others can make him rich. He is torn between his new found wealth and his responsibilities towards his career. The wear and tear between the two aspects of his life starts taking its toll on him and soon he starts wasting away. Snighdadeep Chatterji wonderfully brings out the nuances of his predicament. It is heartbreaking to see this simple and disillusioned kind gradually spiral into an abyss from where there is no return. Shreya Dhanwanthary has a small role but she makes her presence felt. I just loved the fact that the director doesn’t try to glam up her character and she remains rooted in her middle-class background right till the end of the film. It really helps her cause. Her character assumes importance in the climatic finale when we are made aware of her true inclinations. The ensemble cast of the film does well.

Critic sighted this film as boring and Emraan Hashmi’s act as uninspiring. I, on the contrary, was intrigued by the film and its execution from start to finish. Emraan Hashmi’s character has a kind of stoic feel to it and that is how the character is. I feel that the one-dimensionality of the character, in this case, played well for the character and the film a whole. I loved the twists and turns in the film and also the manner in which it ended. It just went on to show us the depths to which corruption has sipped into. The film couldn’t have had a better ending than what we got. Why Cheat India is a worthy watch. Sans the few songs that are a stickler in atleast two occasions, the narrative remains breezy and engaging. The performances are spot on and the climax is bound to surprise you in some way or the other. I had a great time with this film and I believe that will be the case with everyone who is willing to give this film a chance.