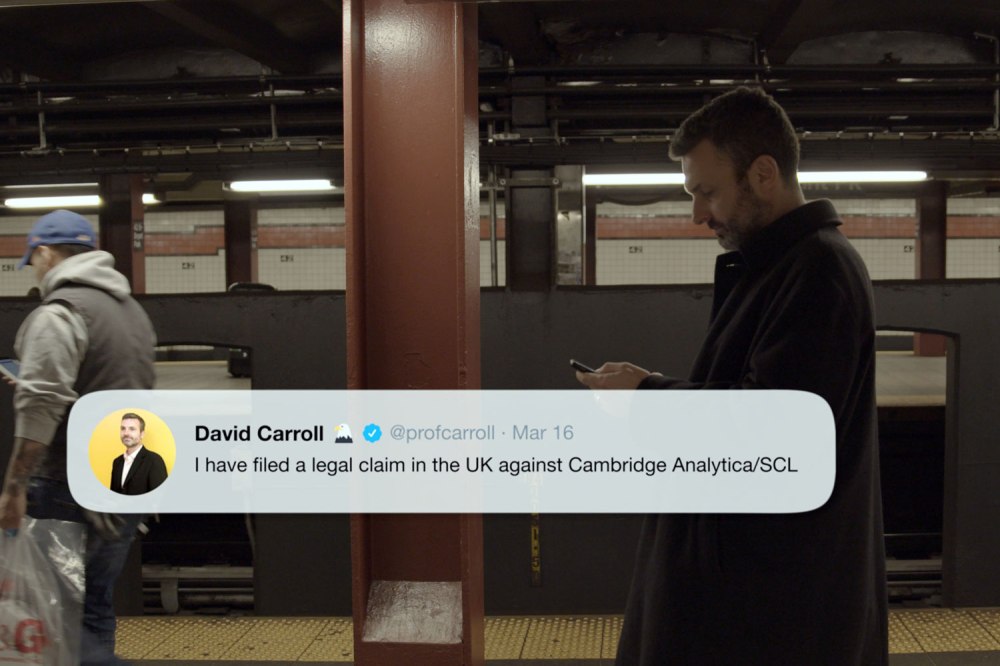 As per the PRWeek.com article dated 17/9/2014, The Bhartiya Janata Party (BJP) used Data Sciences to swing the 2014 election in its favor. In a conference, Arvind Gupta the national technology head of India’s current ruling party revealed how his team used analytics to influence voters in the 2014 General Elections. In 2016 Donald Trump won the US presidential election even after losing the popular vote and it came as a major shock to many who could never see it coming. Again, the use of Data Sciences was given a lot of credit for the unexpected victory. David Carroll, an Associate Professor with Parsons School of Design in New York launched an effort to claim back his data that he believed was leaked by social media entities to sources that he didn’t want them to end up with. Little did he know that his effort to get back his data would throw open a can of worms that would go on to bug the biggest names in the Data Analytics business and question if at all it was possible to conduct fair elections in a country anymore.

As David Carroll was waging his personal war for data rights, Carole Cadwalladr an Investigative Journalist for The Guardian was carrying out her own investigation into the use of Data Sciences to influence the Brexit campaign and also the Trump victory. During her research, she came across a name that at that point of time was just a name but would very soon turn into something that would send shivers down the social media business and also raise serious questions about the authenticity of numerous elections conducted across the globe. The name was Cambridge Analytica. During her research, Carole Cadwalladr came into contact with three very important people who would help her understand the enormity of the situation at hand and also give her sufficient technical knowledge to ask the right question and raise the correct alarms. Brittany Kaiser – Former Director of Business Development for Cambridge Analytica, Paul-Olivier Dehaye – Cambridge Analytica Whistleblower and Christopher Wylie – Former Cambridge Analytica Employee and Whistleblower. 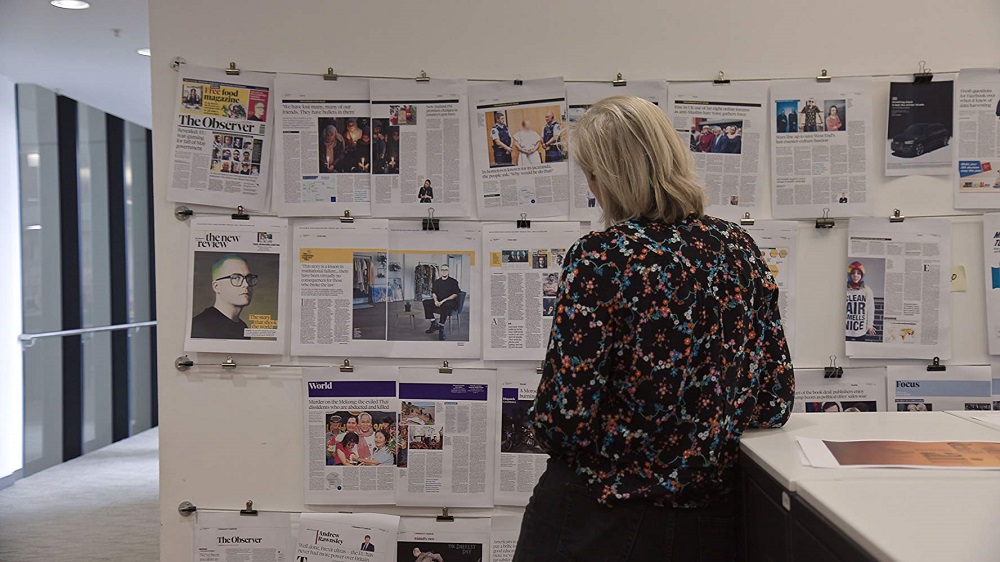 The Great Hack is an effective and affecting retelling of the events that led to the discovery of Cambridge Analytica’s hand in weaponizing data to turn elections and its seedy nexus with Facebook. These events not only led to the CEO of Facebook, Mark Zuckerberg being questioned by a committee in which he accepted that he had traded the data of millions of people with Cambridge Analytica but also resulted in the downfall of Cambridge Analytica after it was forced declare bankruptcy to cut its losses. This is a difficult film to understand and even though it tries mighty hard to simplify the story that it sets out to tell, multiple viewings will be required to wrap one’s head around the plot. The story in itself has so many layers and aspects to it that some complications in its narrative were unavoidable.

The key players in the film are all vibrantly real. Nothing about it feels staged and gives you a peek into the lives of the men and women involved in the matter in their truest form. Brittany leaves a certain place in a hurry after she feels threatened and when she is on the taxi to the airport, she realizes that she might have misplaced her passport. She is shown searching for it for at least a few anxious minutes before the tension is released. Carole Cadwalladr is shown zipping around in her bicycle and then goes on to take us on a tour of the content that was not published until the time of the making of the film. We see David Carroll react to depositions and interviews on television and try to put ourselves in his position. All these and a lot more about the film takes the viewers in its stride and makes them a part of the narrative. This makes the proceedings breezy and intriguing. 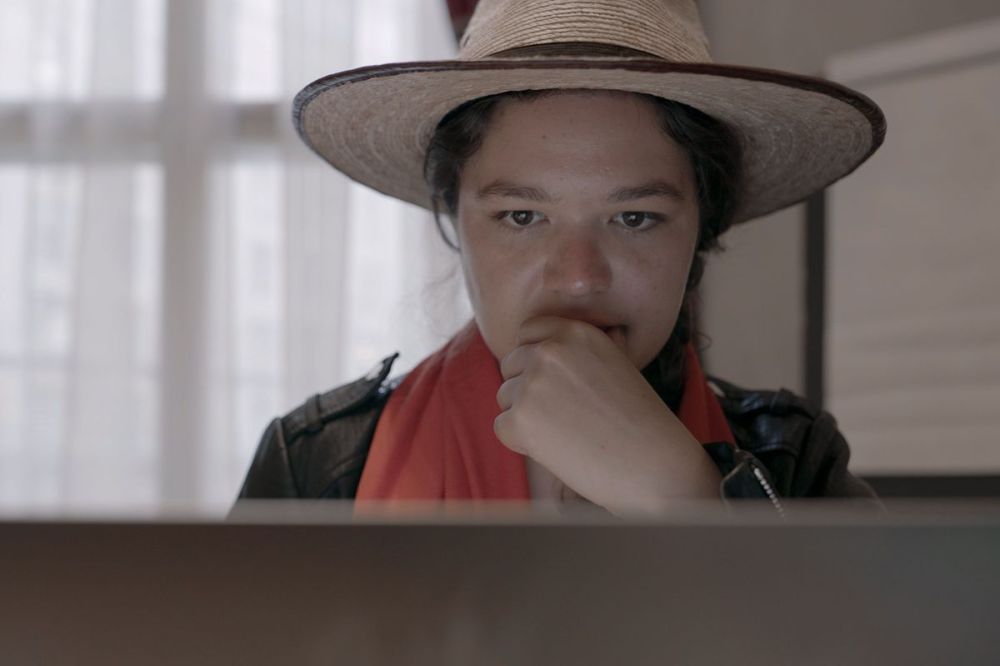 I liked how we get to Brittany Kaiser’s part in the story and how once she comes on-screen the actual conspiracy starts to reveal itself. I just couldn’t understand why she turned against her bosses after being such an integral part of the Cambridge Analytica think-tank and gaining immensely from it. It is one aspect of the story that is never addressed completely in the film. Her turn might have been due to some internal politics or something else but she did turn and that brought down the house on Cambridge Analytica. The fact that the reason remains elusive only makes her character that much more mysterious and interesting.

I loved the suave Alexander Nix even though most of his footage is archival. Here is a man who is not only a genius but also uber-cool. He used exceptionally high-end science to accurately predict the behavioral pattern of humans and then weaponized it to turn elections. Forgetting about the legality of his operation for a second and to just imagine the magnitude and complexity of the work that he and his team achieved makes my jaw drop. The Great Hack beautifully and lucidly explains his whole operation and makes it intelligible to anyone interested to understand. The film even shows actual Cambridge Analytica Business presentations that are bound to shock anyone simply because it shows how cool they are about their achievements and are not afraid to openly admit that they swung elections.

For all this and a whole lot more, The Great Hack is an unmissable documentary. It is the kind of film that has the power to shake you to the core. Having seen it, when I relate what I have seen in the film with the advertisements and the campaigns of BJP and the kind of success that they have garnered over the years, it becomes somewhat apparent that data sciences and human behavioral pattern prediction might just be serving them right. Besides, this documentary also warns me to control the leakage of my digital data online and tells me to be judicious about leaving my digital footprints on the World Wide Web. A warning that I am about to take very seriously. Digital data may take some time to be recognized as part of human rights in our country but until then we can at least start considering its implication in our day to day lives and control its unabashed flow. That is the fact that The Great Hack drives at and does a great job sounding the right alarms.