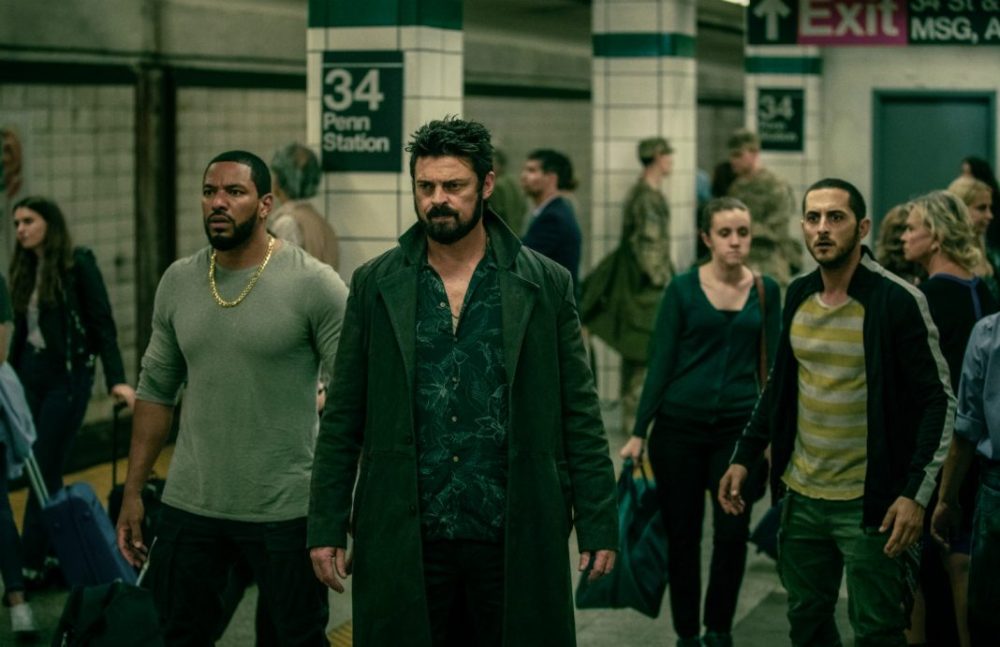 In a world where superheroes are part of the day to day life, we meet Hughie (Jack Quaid), a sheepish electronics salesman who didn’t dare to ask the girl he loves out. We meet his girlfriend Robin who finally wants to start living-in with him. Identifiably it is one of the happiest moments of Hughie’s life but within a fraction of a second, his world is turned upside down when a superhero, A-Train, who happens to be the fastest man on earth (a la- The Flash), literally runs through Robin and Hughie is left holding her  obliterated hands in his hands. Robin is now a splash of blood on the street and a large chunk of her body ends up as a stain on A-Train, who doesn’t even have the courtesy of stopping. He is in a hurry. Hughie’s Happiness is destroyed forever.

Annie January aka Starlight (Erin Moriarty) was born with special gifts. Her childhood and most of her adulthood have been a rigorous preparation to be a model superhero and part of the Seven, the group of the world’s best and most sought after superheroes who are owned by a company called Vought. Annie gets her chance to be in the Seven when one of their members retires and to her surprise, she makes the cut. Her life is changed and it seems that all her dreams are about to come true. She is taken into the team with much reverence and unprecedented fanfare. However, on her first night at the Vought building, she is molested by one of the Seven and she has no way out but to sulk and take it in without speaking about it to anyone.

Billy Butcher (Karl Urban) meets Hughie after he had lost all hopes of getting justice against A-Train for what he did to his girlfriend. Butcher takes him to a place where he gets to see the superheroes in an avatar that he had not imagined in his wildest dreams. It is here that he hears A-Train crack jokes about how he steamrolled through Robin and how he swallowed a molar in the process. Butcher smartly manipulates Hughie into playing his crony in a plot to tame the superheroes and bring them crashing down to the ground. Also, under the charade of a tough vigilante, Butcher is hiding a personal vendetta against the superheroes. Hughie, consumed by anger and contempt for the superheroes helps sets in motion a chain of events that would upset the delicate balance between the superheroes, the common men and all that is there just for Vought to rip financial benefits from.

The Boys is based on an American comic book series of the same name, written by Garth Ennis and co-created, designed, and illustrated by Darick Robertson. The comic books are dense with plot points, characters, interpersonal drama and a lot of twists and turns. This is one of the most unconventional takes on the superhero genres after maybe Alan Moore’s Watchmen. Both Watchmen and The Boys have painted the superheroes in grey lights but the manner of approach in both the cases is very different. The Boys deals with straight out corrupt and evil superheroes who are actually properties of a company and are more interested in reaping financial gains for themselves and the company than saving lives. They are all merely actors who are performing and showing off their superpowers to just woo the common men into dancing to their tunes, buying the consumables that they endorse and revel in a false sense of protection. These heroes are not even trained as is proved time and again. The series effortlessly brings out the drama resulting out of these factors effectively to life ensuring that the viewers are intrigued and hooked to the narrative from the get-go. There is very little action here but that never becomes a problem. 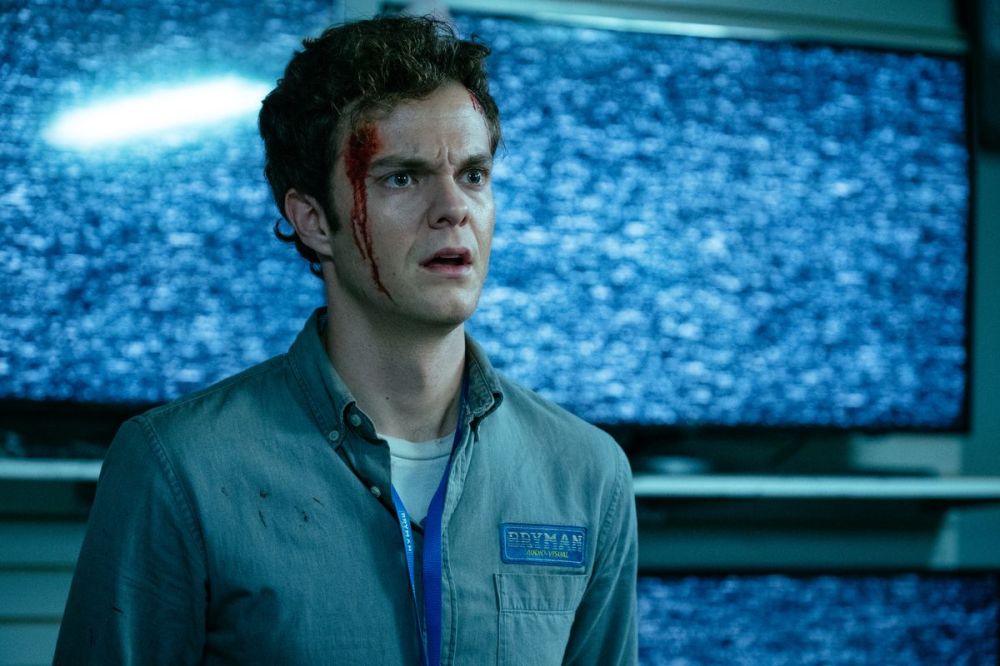 The performances by the ensemble cast are terrific. Karl Urban leads the pack with an authoritative turn. He is someone who has a personal ax to grind against the superheroes and he does all in his strength to discredit and kill them. Every time he is on screen I couldn’t help but feel a sense of anger and hatred in him for the lot that he was dealing with. He tries to camouflage it all under witty one-liners and manufactured smiles but the fact that he is hurting inside makes way to the screen more than once. That makes for an affecting watch. Jack Quaid as Hughie is wonderful. His character has a huge arch through the narrative and it was great to see someone like him metamorph into something that I was least expecting him to. His camaraderie with Urban is gullible and effective. However, he could have done a tad bit better in his bits with Erin Moriarty as Starlight.

Anthony Starr is my favorite among the lot as Homelander simply because he plays evil with such finesse and style that it is hard not to like him. He doesn’t pull any punches. He is a modern-day superman and he is evil. Evidently, he has had a bad childhood and that keeps popping up here and there in his expressions which tells me that there will be a lot more on that in the next seasons. Every time the real Homelander makes his way out of the man, he covers him up with his smoldering physicality and charming smile. Starr doesn’t look evil and that really elevates his act when he does things that we are unable to associate with his persona. Just watch out for him in the part where he abandons a plane full of people to die after he horrendously botches up a rescue attempt. Erin Moriarty is perfect in her role. She looks like someone who can be manipulated and bullied and yet by the end of the season she starts coming into her own.

I was floored by The Boys. It is easily one of the most innovative and refreshing takes on the superhero genre. I have to add that this series has arrived at the best possible time as we are entering an era where things and people are invariably tagged to their intrinsic values. Social media, shares of profit, copyrights and owning brands is everything. The Boys tries to show us how superheroes might have reacted and played out had they been here at this time. The series also shows us how the men would have revolted to their surge if they were wronged. This is not an action-packed no holes barred entertainer. It is more of a social commentary and grim look at the darker side of our childhood fantasies and how they might not turn out in our best interest if they were to play out today. The Boys is the kind of series that will require multiple views to be enjoyed completely. After watching this, I somehow felt that maybe Watchmen would have gained a little more had it received a series treatment instead of a 3-hour long movie.