Rick Dalton (DiCaprio) and his stuntman Cliff Booth (Pitt) have been part of many iconic roles in Television but as Dalton puts it, they are fast becoming “has-beens”. The idea is to now head to Italy and try their luck at the Spaghetti Westerns but before that, Dalton makes one final crack at playing a negative character on the Television. Little does he know that this role in many ways will help him value himself for the actor that he is. This is also the role that brings him the best compliment that he has ever garnered in his life from a kid.

Cliff Booth, Dalton’s stuntman and only friend literally worships the path that Dalton sets his feet on. However, his own history and temperament has led him to be reduced to someone who can at best now run errands for Rick but never be the stuntman that he is capable of being. Cliff meets a hippy girl Pussycat (Margaret Qualley) who takes him to her campsite that used to be the production location for one of Dalton’s most popular TV shows. As he makes acquaintance with the people on site he sniffs that something is wrong.

Sharon Tate (Margot Robbie) has just moved into the house next to Rick Dalton on the 10050 Cielo drive in Hollywood after marrying Roman Polanski. She is at the height of her stardom and is someone who is in love with cinema and all that it has to offer. She is carefree and loves every bit of the attention that she is getting. She walks into a theater to watch her own film and is not sheepish about telling the box office attendant that she stars in the movie and would like to be admitted without paying for the admittance. She laughs and cheers with the audience as if she was part of the crowd and was in awe of her own performance. Happily married, Tate soon becomes pregnant that renders her uneasy and vulnerable on that day when we know that she is going to be killed by the “Manson Family” cult.

I couldn’t help but find a striking resemblance between Once Upon a Time…In Hollywood and my favorite Quentin Tarantino film Inglorious Basterds. Inglorious Basterds was about the assassination of Adolf Hitler by the Americans and Tarantino built up to that crescendo through three different overtures. The Basterds’ exploits behind enemy lines in Germany, the story of Shosanna who was a French Jew and narrowly escaped death at the hands of Hans Landa (Christoph Waltz) in one of the greatest opening scenes ever in a film and the story of Lt. Archie Hicox (Michael Fassbender) and his German aid Actress Bridget Von Hammersmark (Diane Kruger) who plan to take down Hitler in an assassination attempt but fail miserably.

Once Upon A Time…In Hollywood is about the fateful night at the 10050 Cielo Drive on 8-9th August 1969 where Sharon Tate and four of her friends were murdered by the Manson Family cult. The plot here builds through the story of two Hollywood personalities whose days of stardom are coming to an end with the changing face of the industry with Sharon being an angelic presence peppered through the narrative. Sharon is the neighbor of Rick but the two never meet until the fateful night. Cliff is not related to Sharon but gets entangled with the cult that was supposed to murder her. On the night of the incident the story takes a hilarious turn and what we are served up is a Tarantino re-imagining of a true incident in similar lines to what we experienced in Inglorious Basterds.

Throughout the runtime of the whole film, Tarantino teases us with what is coming. He gives us scenes of intrigue and nods at the existence of Charles Manson and what he was planning on numerous occasions. Through the character of Cliff Booth and his rub-ons with the hippies, the point about how dangerous the hippie can be is referenced. We see Sharon time and again but only follow her only in motion letting us fall in love with her mannerisms developing care and concern for her character. On the fateful night when the attackers arrive, they face a drunk and furious Rick Dalton who lambasts them for being a nuisance in the middle of the night and orders them to back off. At that point in time, the attackers change their mind as they recognize Dalton and instead decide to attack his house. Little do they know that they have to face-off against Cliff, his marauding dog and Rick’s very aggressive Italian wife which culminates in the story going very differently than what actually happened on that night. 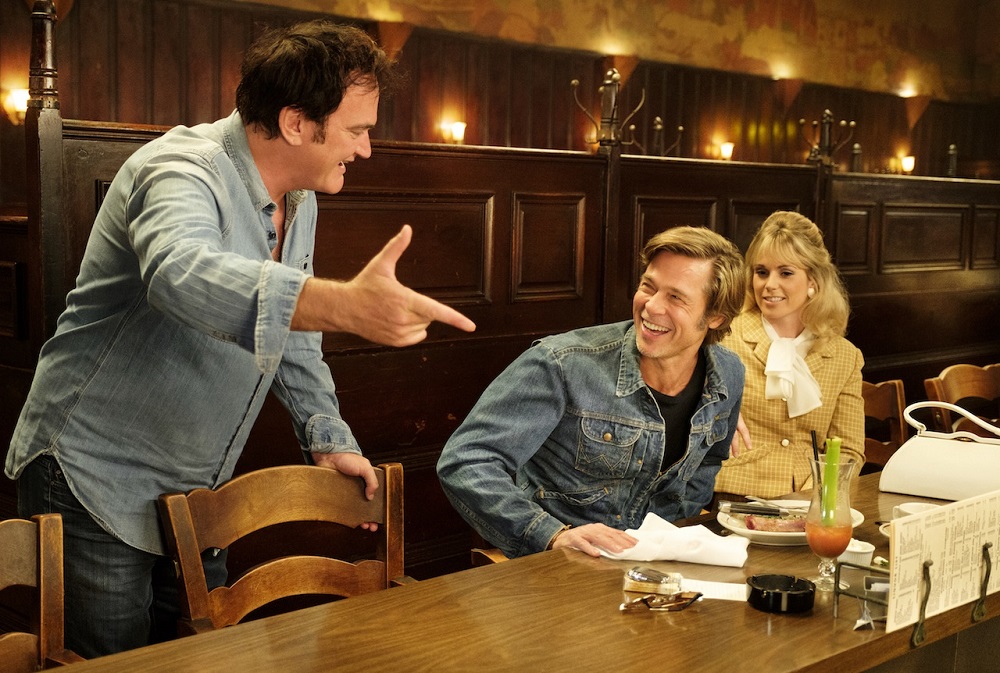 However, the majority of the hefty runtime of the film is dedicated to Hollywood and Tarantino’s encyclopedic knowledge of it. We see the inner workings of the system as well as the inner workings of the minds of two fading star which is bound to polarize viewers. Leonardo DiCaprio is exceptional in a role that demanded a lot of subtlety from him. He cries at the slightest insults. He cries at the biggest praises too. He speaks with pauses but delivers dialogues with intensity. He wears his insecurities on his face. He grovels at himself after missing a line. It is abundantly clear that he has stopped being the man that he was and has become the star that he sees himself as.

Brad Pitt plays a character who is accused of having murdered his own wife and getting away with it. He doesn’t have any work as Rick is fading out and mostly does his chores. He believes the only redeeming factor in his life is to stick with Rick who gets him whatever little work he can. However, when he does get work, he is not able to keep his temperamental nature at bay and picks up a fight with Bruce Lee proving that he has more to him than just being Rick’s man Friday. Pitt brings his humane side to the table and totally mesmerizes you with his charms wherever he gets the chance.

This is a film that is about these two men talking and moving from one discussion to another with very little happening in between. Had it not been for the indelible charm of these two men, this would have been an unwatchable film. Robert Richardson’s cinematography and the art direction by John Dexter, Jann K. Engel, and Helena Holmes are the next best things about the film. This is one of the most gorgeous looking films of this year so far and artistically speaking there isn’t so much as a pin that is ill-placed or missing. I was completely transported to the era that this film unfolds in and I didn’t feel like coming out of it. 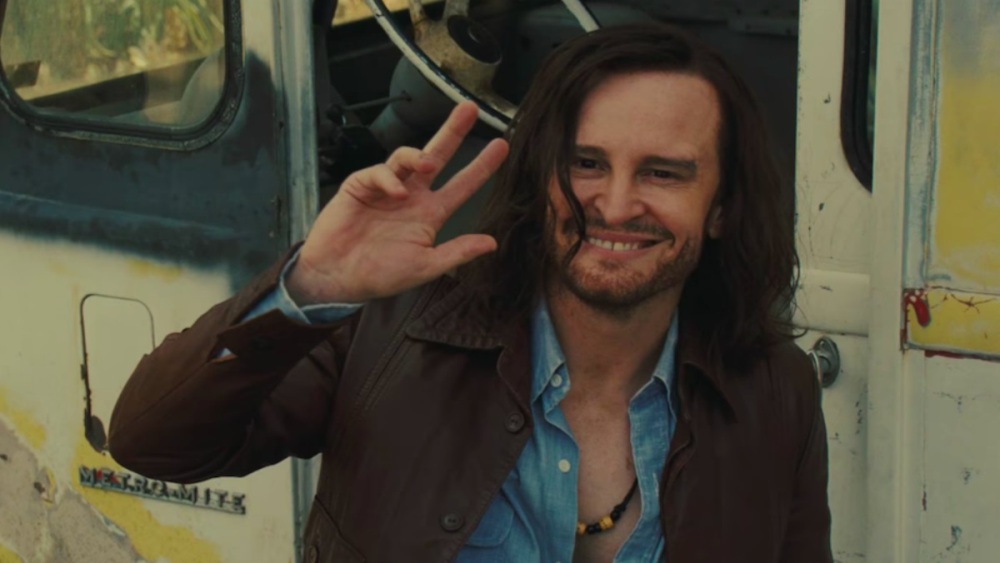 On the flip side, this film is bound to disappoint the fans of Tarantino-type of cinema as it is the most un-Tarantino-like film that I have seen in years. The discussions are not tense. Nothing amusingly horrifying happens. There isn’t any intrigue or tension in the give and takes between the characters that have become integral to All Tarantino films over the years. It must be added that there is a large chunk between the first half and the second when the film drags and starts getting on your nerves. The pace too is lethargic and made me restless a few times. One has to enjoy the film for what it is and that’s all that can be said in its defense.

Once Upon A Time… In Hollywood would appeal to a niche audience and will be hated by the ones looking for entertainment. I was left underwhelmed by it but I couldn’t ignore the exceptional craftsmanship and the history-altering fantasy that Tarantino was driving for. I wish Sharon’s story had ended just like Tarantino envisioned it to.