Tanhaji Malusare (Ajay Devgn) was one of Chhatrapati Shivaji Maharaj’s most trusted aides. He had undertaken many daring ambushes with unprecedented results for the king. He was not only loved by Shivaji but also enjoyed the affection of Shivaji’s mother who loved him like her own son. After the Mughals force Shivaji to sign a humiliating pact that makes him surrender 23 of his forts, one of his most prized possessions, Kondhana, lands up in Mughal hands. Located at a strategic position, Kondhana is of great significance and importance. The Mughals are aware of this fact and hence Aurangzeb decides to hand over the control of the fort to Udaybhan Singh Rathore (Saif Ali Khan), a ruthless enforcer who has proved his worth and loyalty to the king in every step of his ascent from a petty soldier to a fort-keeper.

Shivaji knows that once Udaybhan takes over the control of Kondhana with a newly constructed super-canon (known as Naagin), it will be impossible to take back. He immediately starts planning a mission to re-capture it before Udhaybhan reaches the fort with the artillery and re-enforcements. Tanhaji learns of Shivaji’s plans when he comes to visit him to invite him for his son’s marriage. He then takes it upon himself to undertake the daring raid. Tanhaji believes that Shivaji’s well-being is of greater importance than anything else and shouldn’t be risked for the capture of a fort, no matter how strategic that might be. Shivaji yields and thus begins the story of one of the greatest ambushes ever planned and executed in Indian Military history. 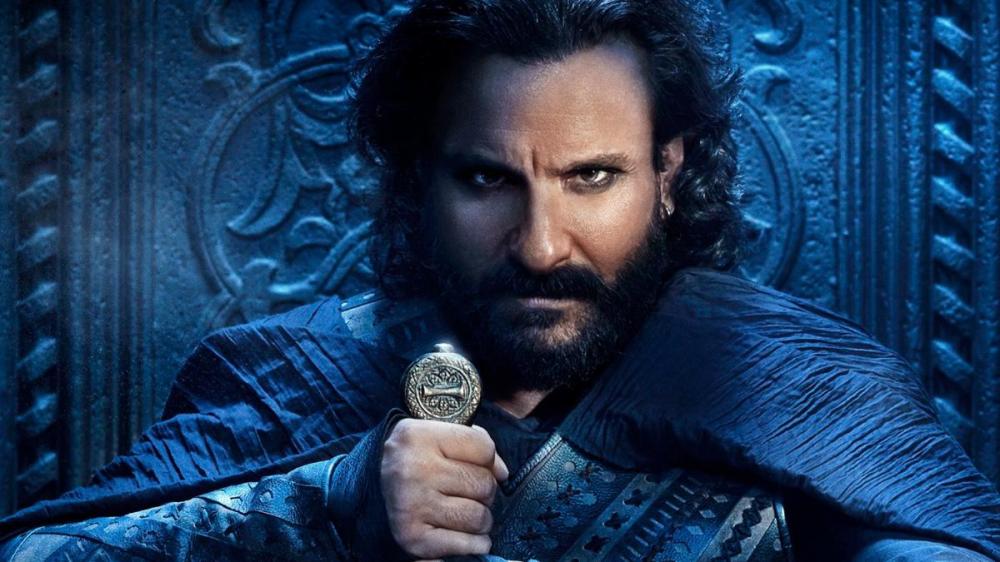 Tanhaji holds your attention from the very first scene. I was amazed at the fact that the film was just 2 hours and 14 minutes long and yet it neither felt superficial or underdeveloped. I might have liked to see Saif Ali Khan a little more but that’s not a major complaint. After the quick setup, we land smack in the middle of the action as we see Tanhaji and his men pull off a daring raid against the Mughals. This sequence sets the tone for the action that the rest of the film has to offer. I was amazed at the amount of physicality that this particular action sequence brought to the table as evidently most of it was shot using green screens and wire-work. The story then moves to the politics leading up to the actual plot point. Sharad Kelkar as Chhatrapati Shivaji Maharaj is pitch-perfect. He has the kind of aura that we expect from the Chhatrapati and suits the character even though he is much taller than the real Shivaji.

We are then introduced to Udaybhan Singh Rathore who we see rise through the ranks to become one of Aurangzeb’s personal bodyguards in a few quick flashbacks. We see his marauding brutality in each and every stage of his ascent to power and get an idea of what kind of an adversary he would be. We see him keep a widow, Kamal (Neha Sharma) imprisoned for lascivious reasons but are never told who she is and what is his connection with her. We only learn that he has plucked her away from a pyre and wants to win over her in due course of time. We are given little snippets of his craziness from time to time that further adds to the mystery involving the man.  Saif Ali Khan is great at playing these kinds of characters and here again, he proves his worth. There are certain portions where his act feels inspired by Ranveer Singh’s Khilji but that is just a minor nitpick. He remains in his element throughout and the two encounters that we witness between him and Ajay Devgn’s Tanhaji are the high points of the film. 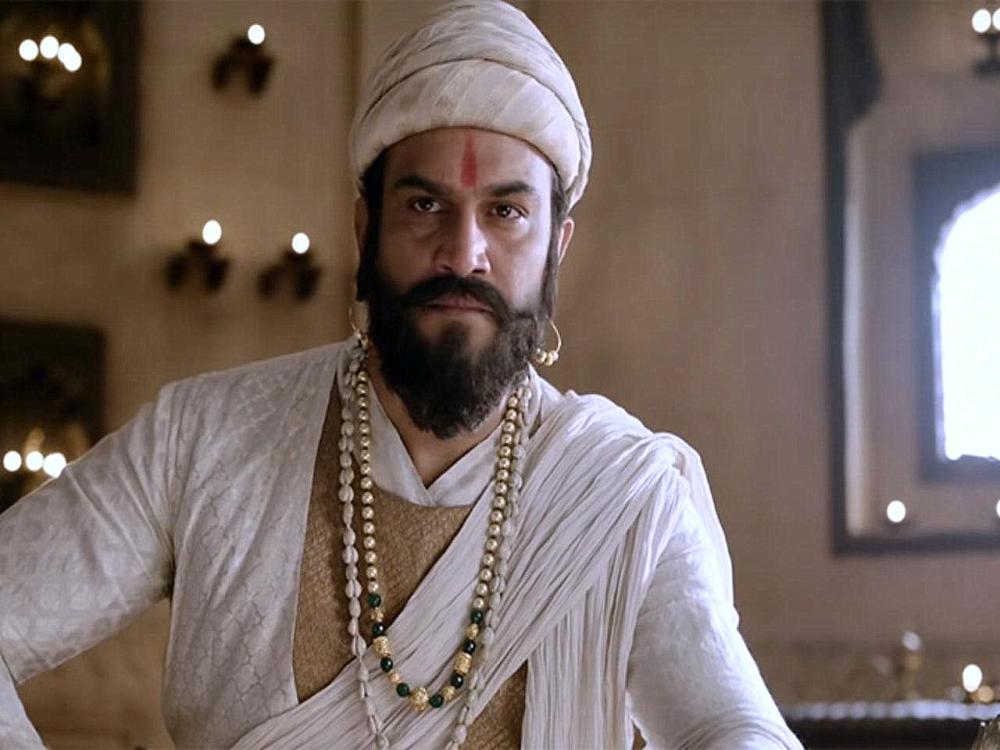 Ajay Devgn in his 100th feature film knocks it out of the park. Tanhaji is the kind of character who keeps a straight face all throughout but emotes through the eyes. We know this is the kind of role that Ajay enjoys the most and it shows in his rendering of the character. I was pleasantly surprised by the amount of physicality he was able to bring to the action sequences. It must be added that there are a lot of action sequences and if they hadn’t had the kind of impact that was necessary, a large portion of the film would have fizzled out. The heroism of Tanhaji resonates as much through his words and mannerisms as through this heroic in the battle and it was a key element that had to be executed perfectly. Ajay doesn’t disappoint. It is needless to say that he shares an effortless chemistry with his real-life wife Kajol who plays his on-screen wife here. But he comes to his own in the company of Saif Ali Khan the most. Once it is a verbal battle and the next time it is them slicing away at each other. Both times, the intensity is unmissable.

Tanhaji is a film that relies heavily on the VFX and for once in Bollywood, the VFX stands its ground in terms of quality and impact. True, there are a few sequences here and there— CGI elephant trunk slashing, CGI elephants walking, and a few more sequences— where the visual effects falter but it isn’t something that cannot be ignored. I learned that the whole sequence involving the soldiers climb to Kondhana was done using green screens and VFX. This is the portion of the film that crawled under my skin the most. It was so well done and the lighting was so efficient that this portion actually gave us an idea of how hard it must have been for the men to make it to the summit. The whole ascent was beautifully choreographed and anyone who is paying any attention will be able to follow the sequence effortlessly. That contributes to this portion becoming even more absorbing.

Tanhaji: The Unsung Warrior also scores heavily in the action sequences. Apart from the climax and the first action sequence, there are multiple brief spates of action that are done with enough gusto to make an impact. This is something that we generally don’t see in Bollywood. Most stylized action here seems choreographed and doesn’t have much physicality associated with it. Tanhaji’s action is highly stylized but still has enough physicality to make you feel every blow. Saif Ali Khan’s rendering of the fighting technique of Udaybhan was very interesting. He mostly used the non-business end of his sword to finish off his enemies and it came as an interesting ploy. It did add a lot to the sequence and made it stand out.

The film’s cinematography and background score are two huge pluses. It looks so ravishing that you can practically save a frame and use it as wallpaper. I just loved the contrast between the colors of the Maratha army uniforms and the terrains they were fighting in. It gave the cinematographer a lot of chances to play with the color palette and made for some ravishing visuals. The elaborate religious rituals and the few songs and dance routines are also impeccable to look at. Each frame of the battle sequences is dripping with creativity and beauty that is generally associated with the panels of an Amar Chitra Katha book. Special mention has to be made of the Background Score that contributes to elevating the searing emotion associated with the action sequences. The score never tells you how to think or react but only accentuates your feeling in a particular sequence. That is the hallmark of a great background score.

Tanhaji is a winner in terms of storytelling, action, performances and visual effects. What makes the film that much rousing is the inherent patriotic feel and how well it is realized and channelized. Ajay Devgn and Saif Ali Khan bring their A-games to the fore and make the film endlessly entertaining and enterprising. I plan to watch it a few times more just to sink in the entire visual splendor and that I believe will be the case with most of the viewers. Tanhaji is unmissable. Make it a point to watch it on the biggest screen possible with the best sound available.