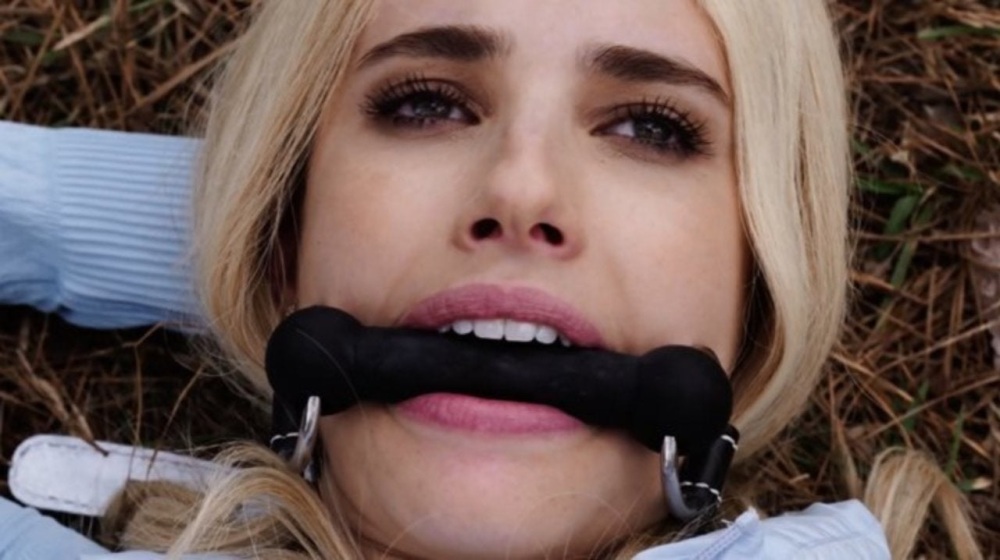 A solid entertainer that should be taken as nothing more than that…!

Some films may not be great but are so entertaining and fun to watch that they capture the imagination of the viewers. The Hunt, if given a chance and accepted for what it is, is one such film. We have previously seen films where a group of people tries to kill one or many people as a sport but Craig Zobel (director) and Nick Cuse, Damon Lindelof (writers) take a tried and tested story and sprinkles some of their ingenuity over it making it one of the most fun and outrageous films that I have seen this year. From what I could gather from some of the reviews, this film is being torn apart by the communists and the pseudo-liberals for its content and biased views. That was something that made me love this film even more. For once, the communists and the pseudo-liberals are getting what they have been dishing out to the others for generations— a taste of their own form of unsubstantiated propaganda.

A group of seemingly unconnected people arrives on a large property with their mouths gagged. They soon find a container that has a huge stash of weapons as well as the keys to their respective gags. As they pick their weapons and undo the gags, they are attacked by people who they can’t possibly see. They are quickly annihilated leaving only a few lucky men and women who make a dash for the nearby fence. They escape and end up at a daily store. They make a 911 call and look set to be rescued but things don’t turn out as per their expectations. What happens next forms the crux of the narrative.

The Hunt keeps you at the edge of your seats from the get-go. The story moves on from one plot point to another relentlessly and at a breakneck speed. One of the novelties of the storytelling here is in the fact that the director doesn’t arrive at his protagonist until we are a good 30 minutes into the narrative. Right from the onset, he gives you someone who you think will be the man/woman leading the way but then suddenly takes him away from you in a flash. This, not only makes the proceedings thrilling but also keeps the tension high as we never know if a character we like will make it through the narrative or not. This can also be seen as Zobel’s way of poking fun at the established norms and modus oparandi of how a film of this nature generally proceeds.

Betty Gilpin is terrific as the protagonist of the film. I liked her a little more than Samara Weaving (in Ready or Not) for the simple reason that her character is somehow crazier and every now and then we get a glimpse of her twisted psyche. She totally knocks it out of the park in the action sequences as we never for once feel that she is anyone else other than the character she is playing. She is as good in the hand-to-hand combat sequences as she is in the shootouts. The director gives her a lot of close-ups and pans on her expressions quite a bit to let us connect with her and had she not been proficient in her essay, things would have gone pretty bad. You can see from her expressions that she is confused with whatever is happening but is capable of dealing with anything that anyone throws at her. This is what makes her so likable and a worthy protagonist. Two particular sequences that are better acted than what this film deserved are; One – where she tells a really messed up childhood story that her mother had told her to someone and Two- her prolonged discussion with Hilary’s Swank’s character in the end. Swank isn’t there in the film for too long but does a great job in the sequences that allow her to shine. Wayne Duvall plays an important character that has a substantial presence and he is perfect in his essay. Ethan Suplee as Gary is a lot of fun.

The film’s action feels on point but strangely enough, some of the blood spatters felt unconvincing. For a film that does so well in the action department, it could have easily done a better job with the blood works. The director is able to make certain people undertake actions in a manner that is consistent with their level of knowledge and that serves the film pretty well. A brief sequence where a person throws a grenade without taking off its pin made me roll with laughter. This kind of little nudges here and there help to make the film better.

The Hunt is a satirical take on the beliefs that run deep about the communists and liberals among some of the paranoid masses. It is the kind of film that cannot be taken seriously and shouldn’t be taken seriously. Just to put things into perspective, there is a brief sequence where a stash of cash is retrieved in a box that is labeled “Bribe Money”. That should give you an idea about how the director and the writers approach the subject. The final reveal of the film is just as outrageous as the premise in itself and it just goes on to give you a feel of the nightmare that many people think to be true. It is like Taika Waititi’s imagining of what an innocent NAZI kid believes about the Jews. It should be enjoyed and forgotten.

Overall, I had a great time with this film. It is fast-paced, it is well-acted, has some decent action sequences and ties up all the loose ends by the time it comes to an end. It is also very funny in ways that one can’t even imagine it to be. This is a film that might not be worth your time and money in the theaters but might become an essential watch on the OTT platforms in these times of Corona Virus lockdown.