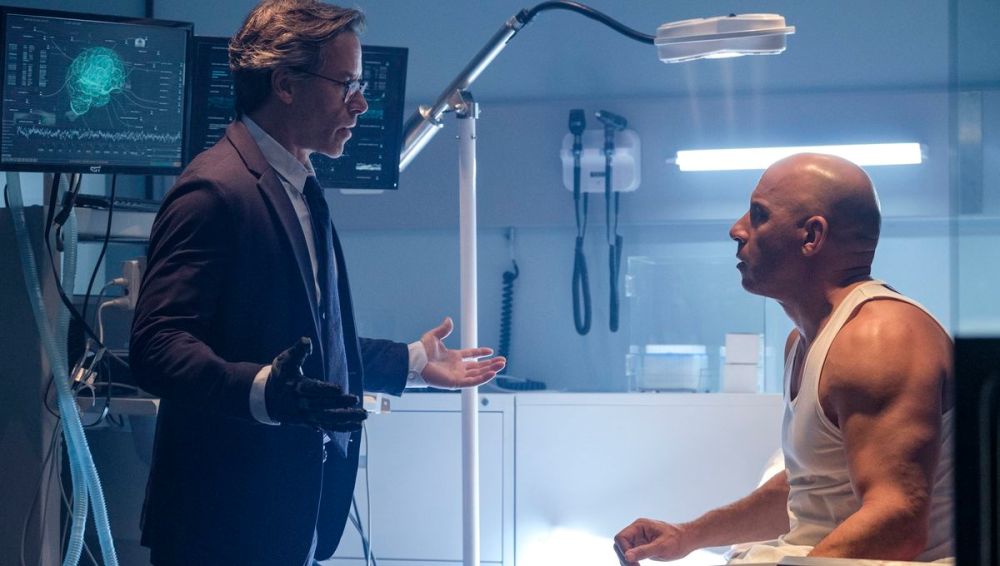 A spirited Diesel and half interesting story can’t undo all that is wrong about this mess!

Bloodshot is based on the Valiant Comics character of the same name. It chronicles the story of Ray Garrison (Vin Diesel), a soldier who is killed in action and is re-animated as a super-soldier by an organization called RST. RST is headed by Dr. Emil Harting (Guy Pearce) who offers to give Ray a fresh start as he doesn’t remember anything from his past. As Ray tries to understand his newfound superhuman prowess and the world he is living in, he starts having visions of his past and it points him in the direction of the men who had killed him in the first place. What happens next is what this film is all about.

Bloodshot has an interesting premise and screenplay (Jeff Wadlow, Eric Heisserer). I was interested to see where the director was going with the story and it is not until the beginning of the second half that you get an idea of what is happening. Had it not been for the one sequence in the middle that for me was unessential, the surprises would have been kept intact even longer. Vin Diesel has always been a crowd-pleaser and he does a great job with the character that he has at his disposal here. He has done a better job than what this role deserved. I could see him trying to infuse some much-needed life in the proceedings and also trying out his sly humor to add some charm to the proceedings. It is because of his act and the way the story pans out that we are interested in the film for a while.

Having said that, the rest of the film literally comes apart like a house of cards in every possible department. Believability was always going to be an issue with a film like this and they pull the fabric of it to such an extent that after a while you can no longer take the things for what they are and just start laughing at it instead. This is the kind of film that needed a good antagonist and Guy Pearce could have been one. His character, however, is so poorly written and one dimensional that even Pearce can’t save it. After the first few scenes, we can practically see him sleepwalk through the rest of his acts. 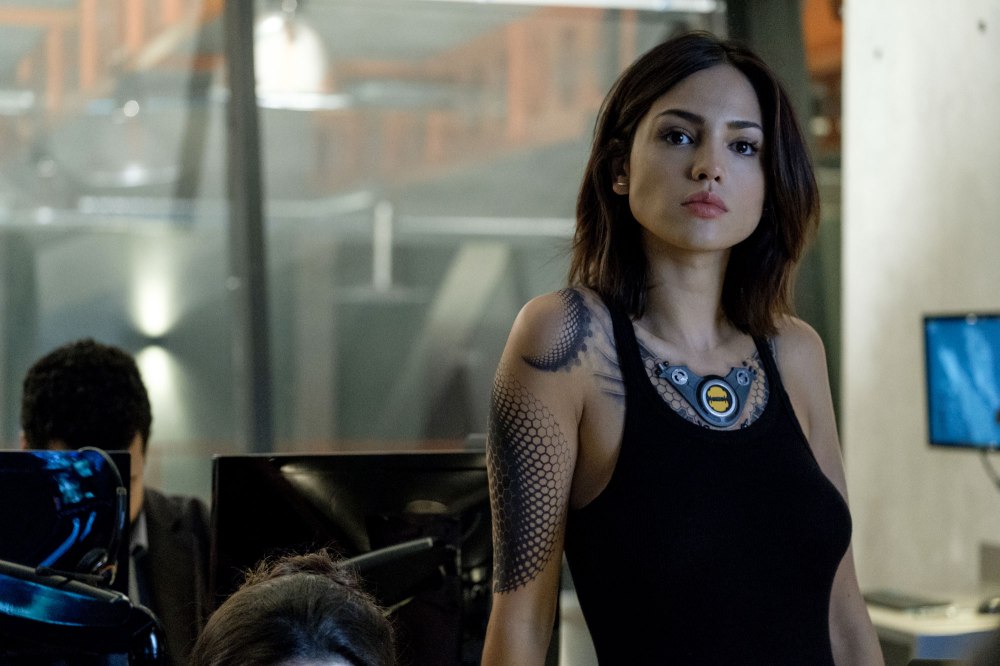 Apart from him, there are two other actors (Alex Hernandez, Sam Heughan) in the film who suffer from the same issues. They are made to carry the same expression throughout the film and are nothing more than furniture for Diesel to break eventually. It is never explained why they hate Ray so much. One could sight their actions as following orders from Harting but when you watch the film, you realize that they are actually enjoying tormenting Ray. Why? Sorry! No time or inclination to explain. Eiza González plays KT who turns into an ally for Ray. why she goes against Harting and helps Ray is left unanswered. She sparkles in a few sequences visually but that’s about it.

Since Bloodshot is essentially an action film, a lot depended on how they choreographed the action. Again, I couldn’t see a single sequence in the whole film that we haven’t seen in some other film somewhere before. It is just so generic and boring that after a while you feel like fast-forwarding the action bits just to get to a plot point instead. Now that is a death sentence for any action film. The overreliance on CGI shows and it takes away whatever little novelty that there was in terms of the action and watching Vin Diesel flex his muscles. It was even more painful because I could clearly see that there was room for innovation and some kickass action considering the character of Bloodshot and the powers that he was bestowed with. But all that is spilled milk under the bridge.

I could go on and on about the flaws of the film but that would be like wasting your time. If you like Vin Diesel, you will watch this film and chances are you will enjoy it for his spirited act and a  half-interesting story. If you are not a Diesel fan, you will most definitely skip it. If you are an action junkie, you will still skip it since you have probably seen the trailer and know exactly what to expect. I watched it because I have nothing else to do these days because of the “Corona Virus Lockdown”. I believe that just might be the reason for a lot more people to watch this film who would have otherwise most certainly skipped it.