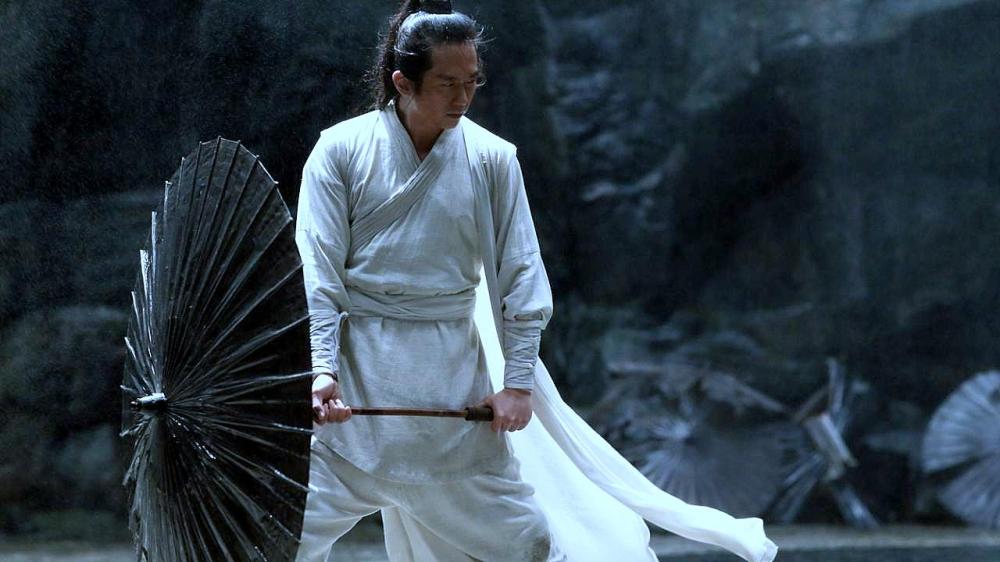 Zhang Yimou can be credited with creating some of the most hauntingly beautiful and elaborately layered action epics of Chinese film history. I still finish his “Hero” every time it is playing on a TV channel even with horrible English dubbing. Be it, Hero, House of Flying Daggers or Curse of the Golden Flower, his films came to me at a time when my understanding of Chinese cinema was restricted to Jackie Chan and Jet Li action flicks were more concerned about entertainment and action then they were about the art of cinematic storytelling. His films had a hypnotic feel to them that I had never experienced before.

It was through Yimou’s films that my generation got hooked to an acquired taste. I feel that he hasn’t made enough films just like Hayao Miyazaki, the master proponent of Japanese Anime. Miyazaki has officially retired from filmmaking and that has left a huge vacuum in the anime world. Every time I realize that there will not be another Miyazaki anime around the corner, my heartaches. No one else has been able to make animes as Miyazaki did. Yimou has in many ways replicated that greatness with Chinese action epics. His latest film, Shadow, is in strong keeping with all that we associate with Yimou and the film once again ascertains his claim to the highest pedestal of sheer cinematic greatness.

The film takes us to a time in Chinese history when the kings and their highest-ranking officials were always in danger of being assassinated. Hence, they resorted to using body doubles to protect themselves from these attacks. These doubles were called Shadow. This film is the story of one such Shadow, Jing Zhou (Chao Deng) who is filling in for the military commander of the Pei Kingdom but is much more than just a Shadow. The Pei kingdom is in loggerheads with the Yan Kingdom who are controlling the city of Jing that belonged to the Pei. The Pei king, Pei Liang (Ryan Zheng) is backboneless and would do anything to avoid a war. However, Jing Zhou, against the will of the king goes ahead and picks on a fight with the Jing commander, Lu Yan (Jinchung Wang). The understanding is if Jing Zhou wins the battle, Lu Yan will return the city of Jing to Pei.

When Pei Liang learns about it, he is flabbergasted at his commander’s sheer audacity. Jing Zhou is relieved of his command, stripped of his rank and forced to become a commoner. Pei Liang subsequently offers his sister’s hand in marriage to Lu Yan’s son in the effort to forge a lasting peace and avoid any confrontations. Lu Yan’s son insults the offer and sends a reply stating to take Liang’s sister as his concubine. Even after such a horrific insult, Liang refuses to retaliate. Jing Zhou, on the other hand, arrives at Jing city on the day of the duel with Lu Yan. With a confrontation set to go down against the two and a battle brewing in the background without the knowledge of Lu Yan, the story quickly takes one twist after the other leaving the viewers exasperated.

As is always the case with Zhang Yimou films, Shadow is breathtaking to look at. The color palette of the film resembles what I learned are known as Chinese Ink Wash paintings. The colors may be highly de-saturated but that, in a strange way, elevates the visual splendor. Some shots are so beautiful that you feel like saving them as wallpapers. The same beauty is carried forward in the action sequences. Yimou knows how to film actions and he proves yet again that he can make the most gruesome carnage look poetic. The film introduces a new weapon that is essentially an umbrella but it has blades refitted for the cloth that we generally associate with umbrellas. To see this weapon in action will easily be one of the highlights for most viewers. There is a sequence where we see an army of men making their way through a town sitting on these umbrellas and using another for safeguard against arrows that are being shot at them from housetops. These men shoot crossbows at their enemies as they are tumbling down using the umbrellas. This was easily one of the most innovative actions set pieces that I have seen in years.

Shadow is as much about the action as it is about the interpersonal drama. Every actor in the film does such a good job that you take them for the characters that they are playing. It was extremely important for the actors to create a bond with the audiences. They had to make the audiences take them seriously and look for visual cues in their enactments as a lot of the major players don’t speak much but act through their expressions. For the audience to get the essence of the film in the first viewing, they need to watch the characters closely. There is a lot of depth in the performances which might be a little hard to get in the first viewing but will be a lot more enjoyable in the subsequent viewings.

There is a lady in the film who shares a unique romance with another character. By the end of the film, she is left to make an extremely important decision that will decide the future of the one she evidently loves as well as the whole nation. There is a princess who was for long away from the political hassle but is forced into taking drastic actions when she is categorically insulted by an adversary. There is a king who to most of his subjects is gutless but when the wind blows in his favor, he turns into a different man altogether. There is a general who has beaten his adversary once and is in a position of power but as he fights the same adversary a second time and looks set to win yet again, he sees his country’s flag come tumbling down signaling the defeat of his country. He calls out for his son, who he knows is dead. He has won the fight but has lost the battle. The film makes use of these characters to keep the proceedings gripping. We are forced to take sides with these characters and that makes them even more affecting.

My only qualms with the film were with its believability in certain situations. The time frame between the preparation for the war and the actual fight was confusing and it was also something that felt rushed. Jing Zhou chances upon the Pei umbrella fighting technique and has too little time to actually get as good at it as he is shown. Also, the time taken to constructs that many umbrellas would have been a lot more than what was accounted for in the film. There were a few more minor issues but they can be ignored for the simple reason that the film gets so much right.

Shadow is a breathtakingly beautiful film that has as much entertainment as it has cinematic qualities. It will impress action fans who will be mesmerized to see some of the innovative action set pieces that the film has to offer. It will also impress the ones who came for cinematic qualities like nuanced performances, layered narrative and making the audience think and ruminate over the content. This is the kind of film that can never be fully enjoyed on the small screen. It deserves the big-screen treatment to let the visuals wash through our senses in all its beauty and power. I urge my readers to look out for its screening in festivals or by some other means. Until then you can enjoy is partially on the small screen.