Irumbu Thirai deals with one of the biggest threats that the country is facing currently. Online theft and cybercrimes. With the current government pushing for digitalization of the country and its people, the threats looming large on the world wide web have become more relevant than ever before. The film relates the story of Major R. Kathiravan (Vishal), a hard as a nail army officer who is forced to return to his ancestral village after his multiple anger-management red flags force his superiors to make him undergo counseling from a drop-dead gorgeous psychologist inappropriately named as Dr. Rathi Devi (Samantha Ruth Prabhu). On Rathi’s instructions, Kathir returns to his village and tries to re-kindle his strained relationship with his father, Rangaswamy (Delhi Ganesh), and his sister Selvi. When a suitable match is found for Selvi, Kathir finds himself in need of 6 Lakhs to pay off the dowry.

He tries to get a personal loan but is rejected by multiple banks. Soon Kathir is approached by a man who assures him of salvaging the loan if he agreed to fake certain documents as advised by him. Against his own will and forced by his father, Kathir does the man’s bidding. The loan is processed but within a day, his account is cleaned off by a faceless enemy. He can’t even approach the police or the bank as he has himself engaged in forgery to secure the loan. With his sister’s future hanging in the balance and no one else to lay back on, Kathir takes matters into his own hands and goes after his faceless, nameless adversary. Soon he comes face to face with a cybercriminal who has his fingers on the pulse of the nation and knows exactly how to disarm his enemies.

Irumbu Thirai was P.S. Mithran’s first attempt at direction and the film, like all others, had its share of pros and cons. Let us start with the pros. The film set out to tell a story about which the common masses have a clear idea about but do not know the science behind it. Hence the director had his task cut out for him. He had to show all the important scientific elements of it but at the same time, he had to lay it out to the audiences in a manner that even a layman with little knowledge of computers would understand. He also had to keep in mind that there would be a sizeable audience who would be well versed in computers and hence he had to make the film in a way that would not let those people laugh it off (remember 16 December).

P.S. Mithran achieves this by having his protagonist Kathir have a very basic knowledge of computers and uses him as the one to ask the questions that the audiences are meant to ask. He then has various other characters lay out the scheme and the science behind it in layman’s term to him which in turn helps the audiences to understand every beat of the story. These characters do so because they have either been beaten to a pulp for the information or are collaborating with Kathir in some way. This approach of the director makes the film endlessly accessible and engrossing. It also helps the pacing of the film as the screenplay hops from one tense situation to another as Kathir goes all guns blazing against the perpetrators.

Even though the film is mostly about technology and its misuse, it doesn’t forget to let Vishal, its star, flex his muscles. The story takes a while to arrive at the action sequences and when it does, we already have had a long association with the hero, and we want him to pummel the bad guys since we hate them so much. This emotion behind the leading man fuels the proficiency of the action sequences further. There is at least two hand to hand combats that would make anyone stand up and take notice. The action sequence in the subway where Kathir beats up 10 people and then again in a warehouse where his lady love is being held hostage would impress anyone. Vishal has the kind of look and mannerism that gives us the indication that he can maul as many people as he is shown doing. The background score helps the cause by setting the mood straight.

The whole film was dependent on how Vishal approached the character and whether he was able to keep the audiences invested in his act. This wasn’t a run-of-the mills action fare where the emphasis was only on style and action. The film needed him to show his vulnerable side and had him look threatened and out of options. There were also a few sequences where he had to dig deep to get his emotional bearings right when he had to share some dramatic moments with Delhi Ganesh who plays his father. It is safe to say that Vishal did justice to the character and kept the audiences invested in his act.

Arjun Sarja as the antagonist sets alight the proceedings every time he appears on the screen. It may be attributed to the way his character is written, how he essays it, or simply to the man’s charisma. He literally eats up Vishal in scenes that the two shares. Even in the climax, it is Arjun who grabs our attention. For a hero to make an impact, the antagonist must be strong and charismatic enough. P.S. Mithran took these words way too seriously and made an adversary for Vishal who completely overshadowed him.

Having said all that, let us now dwell on the cons of the film

The film takes almost 45 minutes to get to its point and that really got on my nerves. Vishal’s introduction, the portions where we see him go about his work in the Army, his romantic track with Samantha Ruth Prabu and the portion in his village up till the point when the money is stolen are extremely boring and difficult to get through. These portions made me think that I might have made a mistake by opting for this film, but I somehow hung around for it to get to the point. Vishal’s romantic timing is totally off and there was just no chemistry between him and Samantha. This made the romantic bits even more unbearable. The introductory sequence of Vishal that is stretched far too long was meaningless and unwarranted. 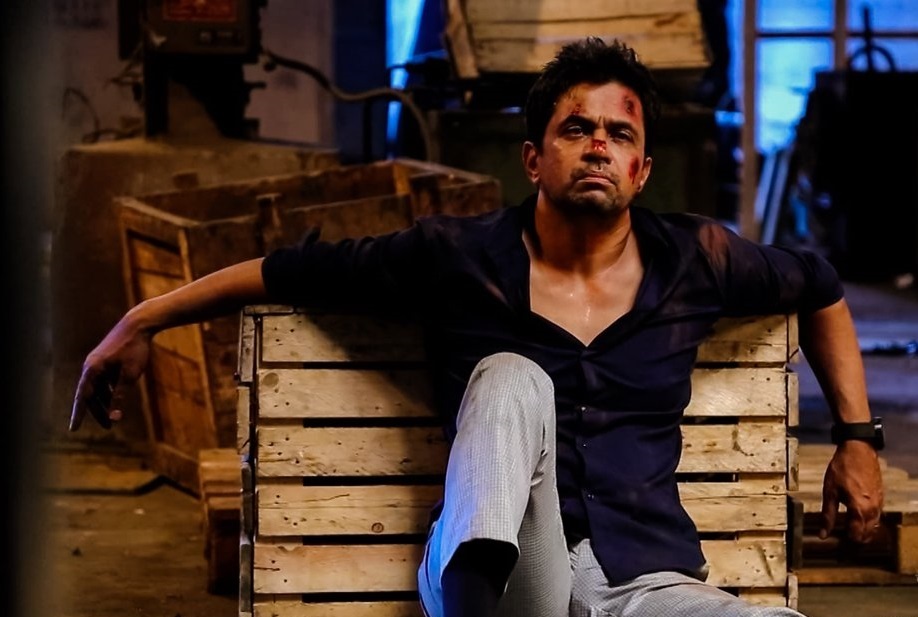 For a film like this, that got the cybercrimes portions so correct, I was amazed at the ineptitude P.S. Mithran showed in dealing with the portions where Vishal is shown as an army major. He doesn’t even know how to salute. He wears an unshaven look and god knows what he is teaching in what looks like a Military academy but is not. The way he is shown using Military resources was laughable. These portions not only add to an already piling runtime but also seriously affect the authenticity and realistic feel of the film. A few re-writes of the script would have easily fixed these issues.

There isn’t a single actor in the film apart from Vishal and Arjun whose part nobody else could have done. The supporting artists are all there just for the ride and progressing the narrative and have no character of their own. This isn’t a good thing for a film that is 2 hours and 33 minutes long. Samantha Ruth Prabhu is not only a pretty face but is generally integral to the plot of any film that she stars in. Here, she is wasted in a character that does precious little apart from looking cute. This character could have been easily dropped from the screenplay. The same can be said about Robo Shankar who is at best a second-grade sidekick and that too not in a good way.

Irumbu Thirai works because of the relevant story it sets out to tell, the approach it takes to that story, an engrossing screenplay, solid action, and stellar performances from Arjun and Vishal. It would have been a much more effective film had it been stripped off of the unnecessary bits and made into a leaner and meaner beast. I still enjoyed it enough to recommend it to anyone who is interested in a thriller about cybercrimes and its implications in modern society.

Here is the link to the full film: