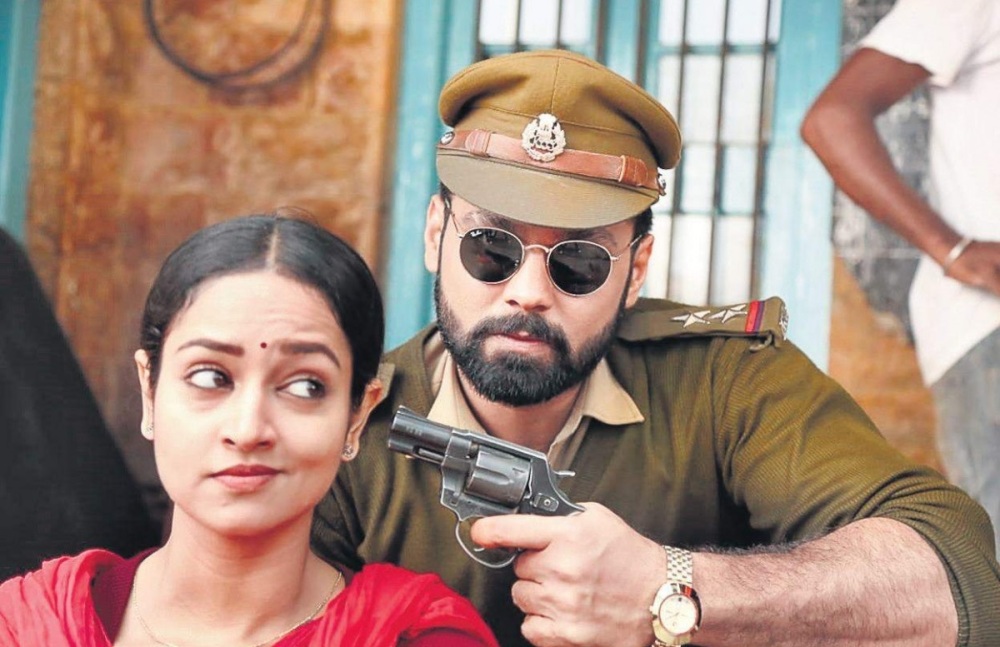 In the fictional town of Amravati, a performing drama company steals a huge treasure and hides it somewhere in the town. A gang of marauding enforcers, known as Abhiras are after the treasure but by the time they catch up with the drama company, the loot is gone. The leader of the Abhiras, Rama Rama searches vows to find out the loot and kill every family member of the ones involved with the drama company. or years but is unable to find it. After searching for years, Rama Rama dies without finding the treasure. On his death bed, he makes his son, Jayarama promise that he will find the loot and fulfill his father’s promise. Jayarama takes over his father’s search for the treasure but only after banishing his father’s illegitimate child, Tukaram Abhira’s Fort.

Years pass but the treasure is not found. A cocky, corrupt, and talkative police inspector, Srimannarayana re-kindles Jayram’s dreams of finding the treasure when he informs him that the treasure hunter recruited by Tukaram to unearth the treasure might just be able to find it. At about the same time, members of the drama company that had stolen the stash and had gone missing re-surface, and it is realized that they have been living in Amravati ever since and might have some plans of their own. The rest of the film is about how Srimannarayana unearths the clues hidden in a cryptic message, searches for the remaining member of the drama company, and uses a prophecy to forward his own agenda of finding the treasure for himself. He does all this while juggling the marauding Jayram, his foxy half-brother Tukaram and their murdering hordes and romancing a local news reporter, Lakshmi.

Avane Srimannarayana has been receiving universal accolades ever since its release. After sitting through this 3-hours plus epic on Prime Videos, my thoughts on the film are not all that flattering. While there are plenty of things to rave about in the film, it isn’t the kind of thriller that is flawless and gripping from start to finish. I have been feasting on South Indian thrillers for the last month or so and I feel that I am in the right frame of mind to take a conscious call on what I liked and didn’t like about this film. The good news is, it belongs to a genre that I have been consuming for most of the month. 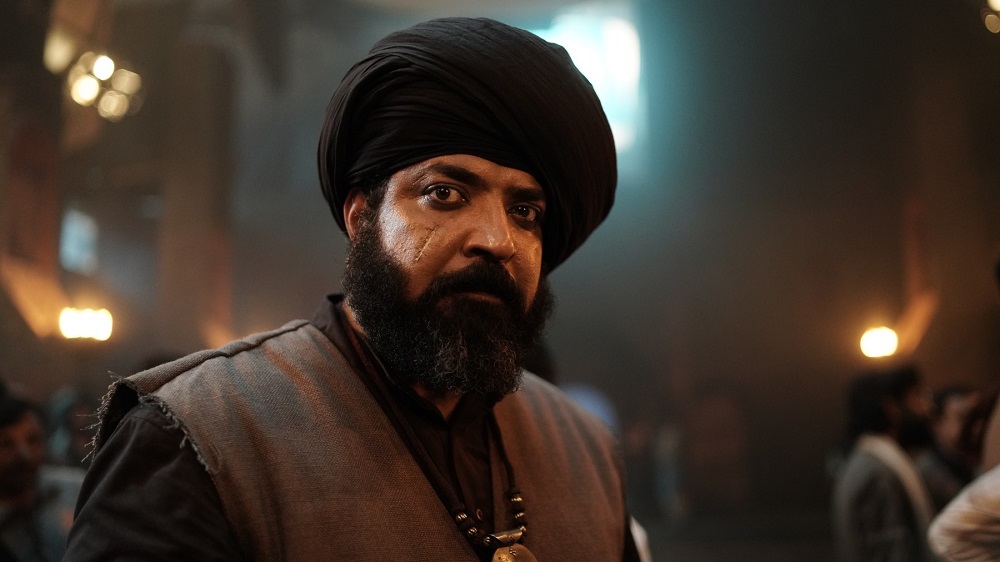 Rakshit Shetty is easily the best thing about Avane Srimannarayana. It is easy to understand his hold on the audiences when I say that, Avane Srimannarayana is 3 hours plus in runtime, Rakshit Shetty is present in almost every scene in that runtime and yet you don’t get enough of him. He plays a mishmash between Jack Sparrow (Johnny Depp, Pirates of The Caribbean) and the cutest cop from an American Western that you can imagine with a touch of Kannada mannerism. He is like a chameleon who keeps bouncing from one avatar to another but is ever so likable. His mannerisms accentuate the character to a whole new level and make the character that much more fun. His camaraderie with Achyuth Kumar as his deputy Constable Achyuthanna is hilarious. Both the actors have impeccable comic timing but what works in their camaraderie is how well they play off of each other. Some scenes are rendered utterly hilarious because of this factor. A special mention must be made of the dialogue of the film. I just loved how they utilized contemporary English terms in Srimannarayana’s dialogues to incite humor. I am certain that this facet of the dialogue will certainly resonate with most viewers.

The next best thing about Avane Srimannarayana is its world-building. Amravati is a fictional place that resembles a wild wild west town and we are given a reason in the narrative why it is so. The ones who rule the town are the Abhiras who are a mishmash between wild wild west evil cowboys and the fearsome dacoits that we Indians have grown up fearing so much. Everything about the town has a character to it and none of it feels fake or without a reason for existing. Be it the salon, the fearsome fort of the Abhiras, the police station that Srimannarayana works out of or for that matter the landscape that resembles both wild wild west and the rugged terrains of Rajasthan. The film gives us a world that we are immediately sucked into and never for once question its authenticity. There is also an elaborate sequence that unfolds in a dreamy forest that is just breathtaking. The film’s cinematography and art department do an impeccable job at realizing this larger than life world aesthetically. The color scheme of the film is also in tune with the world and yet it never gets too drab or desaturated.

The supporting cast of the film is terrific. Shanvi Srivastava as Lakshmi is a live wire. She isn’t in the film for too long but the scenes that she is a part of are a pleasure to watch. I just loved the altercations that she shared with Rakshit Shetty. These scenes are rich in drama, comedy and indicate toward a quirky romance that might just be blossoming. Balaji Manohar as the primary antagonist Jayarama is fearsome. For me, he brought back memories of the terrifying Garuda from KGF. As the film progresses, he gets more and more fierce and by the time we reach the climax of the film, he becomes someone who we feel will easily pummel our hero. Manohar has the physicality and acting prowess to sell a character like Jayarama. Pramod Shetty as Tukaram may not be a fearsome adversary but he has an important part to play in the scheme of things and he does so with efficiency. Shetty brings out the foxy characteristics of the character wonderfully. 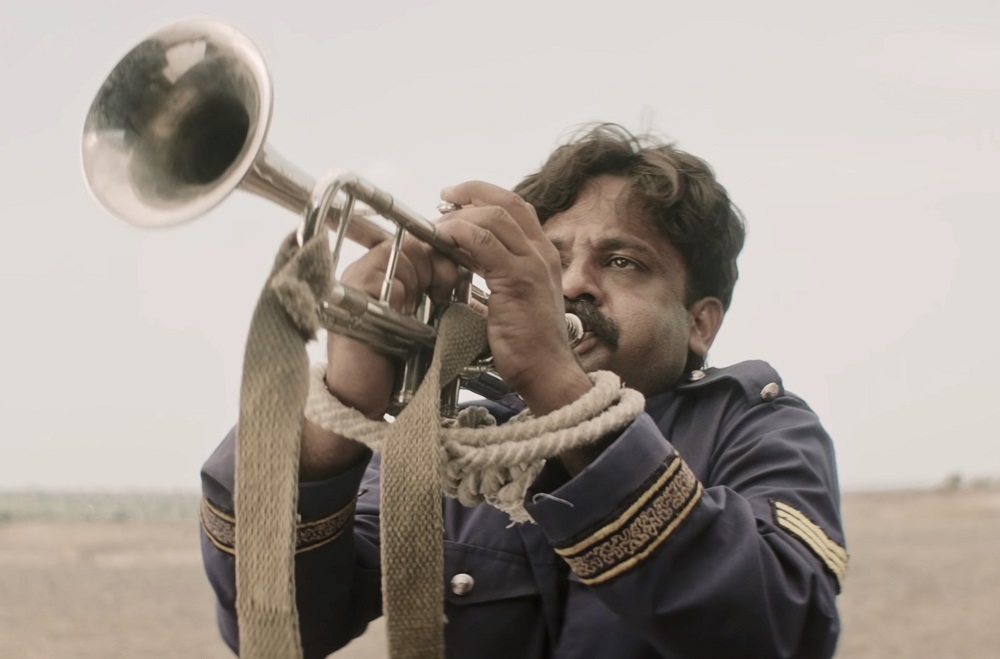 Having said all, let us dwell on what didn’t work in the film for me.

The screenplay of Avane Srimannarayana though well written, is hardly engaging enough to keep the viewers hooked for a whopping 3 hours plus runtime. There are portions in the film that made me impatient. The film starts off slow and by that, I mean really slow. Rakshit Shetty’s introduction and the unnecessary sequence in the salon serves no purpose other than giving us a feeling of the “wild wild west” inspired the theme of the film. The songs in the film act like disk brakes on the flow of the narrative. The fact that the songs are forgettable at best further makes it difficult to sit through them. The story makes no progress through these songs and that further infuriates the viewer. The mystery surrounding the loot and its discovery isn’t too complicated and could have been easily wrapped up in a 2-hour film. The director unnecessarily pulls the story believing that the viewer would be lost in the oddball charm of the world and would not mind spending the extra time to absorb all the picturesque visuals on display.

The film does a convincing job at world-building but fails miserably in its visual effects and action. For a setting like that in Avane Srimannarayana, the action had to be realistic and psychical but in trying to keep a verisimilitude with caricature-ish nature of the protagonist, the action sequences never attain any seriousness or gusto. Add to that some extremely sloppy wirework and poor stunt choreography and you have the kind of action that feels fake and doesn’t leave any impact. The visual effects of the film are equally poor. Be it a CGI golden coin rolling across a floor or a horribly done eagle sitting on Srimannarayana’s hand, everything about the visual effects reeks of poorly realized visual work. This also invariably takes us out of the world that we are in further reducing the effectivity of the film.

Avane Srimannarayana would have been difficult to sit through had it not been for Rakshit Shetty’s spirited and amusing act. It would have served the film well to have a shorter runtime and a denser mystery. Kannada, Malayalam, Telugu and Tamil films are known for their layered mysteries and have often played with the structure of these kinds of stories. Nothing of that nature is seen here and that really hurts the viewer who is expected to devote a monstrous 3 hour plus view time for this film. The film tries to score with its unique world and meta morphed characters but that, in the end, isn’t enough to substitute for the lack of meat in the narrative. However, I must add that Rakshit Shetty proves that sometimes an actor can make up for a film’s limitations simply by his/her spirited act. He very nearly pulled off a film that works primarily because of his relentless histrionics and indelible charm. Before I forget, there is also a character in the film that is a direct nod to professor Calculus of Herge’s Adventures of Tintin.