A grisly, gruesome and gritty thriller that is elevated by stellar performances and relevant themes

Hathiram Chaudhary (Jaideep Ahlawat) has been a nobody in Delhi Police for 15 years. He has never dealt with any major cases throughout his career and his current boss used to be his junior who now doesn’t lose a single opportunity to heckle him. At the home front, his son despises him and treats him with disdain for never being there for him and for not understanding his issues. Hathiram’s only solace is his wife, Renu (Gul Panag), who is ever supportive. She may not be smart enough to see through her brother’s coy plans but is always there to support Hathiram when he needs her caring touch. Hathiram’s life takes a sudden turn when he is advised to book and charge four criminals with the conspiracy to murder a famous New Editor, Sanjeev Mehra (Neeraj Kabi). It seems to be an open and shut case to start with but as Hathiram dwells deeper into the past of suspects to prepare his case, he realizes that things are not what they seem and the events might have been a precursor to an elaborate conspiracy involving enforcers, politicians, businessmen, police and the media. What happens next is what Paatal Lok is all about.

The series is written by Sudip Sharma (Sonchiriya, Udta Punjab, and NH10) and directed by Avinash Arun (Killa, 2014) & Prosit Roy (Pari, 2018). Sharma is someone whose stories, and dialogues are rooted in the heartlands of India and he knows exactly how Indians of different topographies behave and speak. That is an immense strength to have in a series like this. Paatal Lok is rooted in the kind of India that has started to find its footing in series and films after remaining mostly constricted to art films and books. In this series Sharma, aided by Arun and Roy create a world that is real, gritty, disturbing but at the same time mesmerizing and intriguing. What starts off as a simple matter of planned assassination quickly snowballs into a case that encompasses, social evils, international terrorism, racism, abuse, and how the society is divided based on the economic and social relevance of its people.

With every episode, Hathiram pulls off one layer after another from the story and it gets more and more bizarre. There is a huge number of characters who are involved in the narrative and Sudip Sharma justifies the presence of each one of these characters by making them an integral part of the narrative. The series is brimming with energy and believability and a lot it has to do with how the characters are written. The fact that the man leading the investigation is an average cop and makes multiple mistakes as he goes along only makes the narrative that much more authentic. By the time he starts putting the pieces together, we have already become a part of his investigation. The way the story unfolds using the current timeline and flashbacks into the lives of the four assassins gives us some interesting takes on the matter. It is through these stories that we try to piece together the connection of these people to each other and how they came together for the mission. In that very discovery lies the whole reason behind the attack.

The performances in Paatal Lok are brilliant. Jaideep Ahlawat leads from the front. He is tailor-made for a character like this. He has the perfect lingo, mannerism, and looks to essay Hathiram Chaudhary and he milks every ounce of the advantage that he has at his disposal. The way he goes about the case and its importance to his career is well documented in a couple of scenes and these scenes give us a peek into his psyche. I felt uncomfortable every time Hathiram was led astray as he is so likable, and we know that if he didn’t make the cut this time, his career would be destroyed. Apart from the portions where we see him as a cop, Jaideep does an even better job of portraying a father and a husband. His altercations with his son are pure gold and they are expected with so much passion that you will find yourself rooting for the man. I also enjoyed how the writers used the expletives in his dialogues to extract humor.

Neeraj Kabi as the suave and yet fast crumbling News Editor, Sanjeev Mehra is terrific. The character comes through a full circle that can be summarized with two scenes. In the first episode, he is seen requesting his channel owner to not fire him as it would destroy his career. In the penultimate episode of the series, he is shown enjoying a drink with the same owner after having played a stellar role in the channel getting sold to a new buyer and sealing for himself complete creative freedom, pay hikes, and a much safer new contract. The difference in the expressions of Kabi in these two scenes tells us the whole story even though his spoken words hardly make a statement. I have always been a fan of his performances and his act here is in keeping with all that is great about his acting prowess.

Abhishek Banerjee as Hathoda Tyagi, one of the assassins, has a lot more to do with the case than was initially expected. He is easily the scariest of the lot and maintains a fearsome demeanor all the way through. The guy loves dogs and anyone who he finds torturing or even troubling a dog is at the receiving end of his brutality. He is someone who has murdered 45 people and when you see Abhishek in character, you totally take him to be someone who could do that. His brutal past propels his actions and his blind devotion to a certain person leads to both his meteoric rise and the eventual fall. Abhishek Banerjee is fast becoming one of the actors to look out for in the Indian film and television industry. 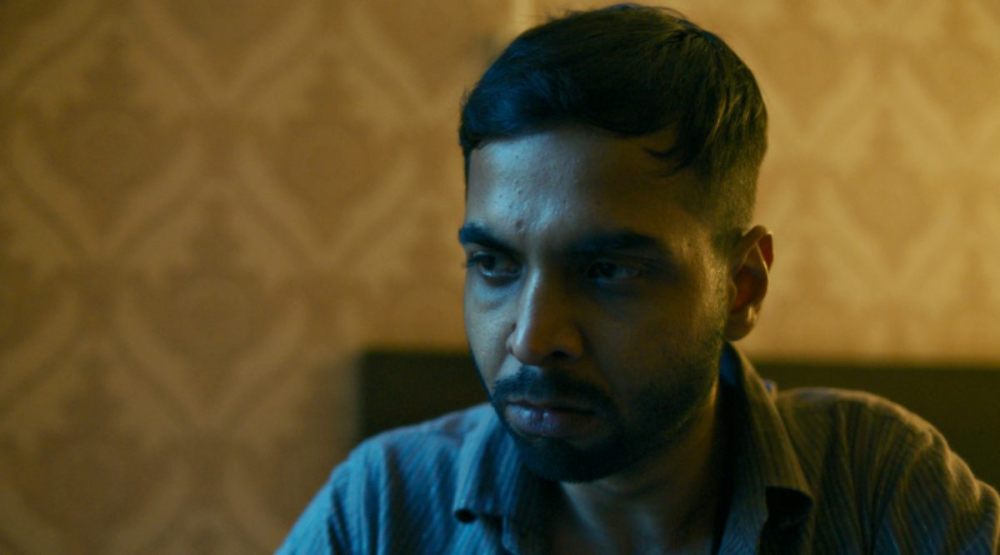 Apart from these three key players, the ones who are most noticeable are Niharika Lyra Dutta, Swastika Mukherjee, Gul Panag, Aasif Khan. Niharika plays Sanjeev’s associate and investigative journalist who, after being smitten by him, finally starts seeing through his hogwash and begins questioning the morale and ethics of his journalism. Swastika Mukherjee plays Sanjeev’s wife and someone who is suffering from panic attacks. I just loved how realistically Swastika portrayed the characteristics of the part and made us care for her. In the end, she proves to be the one standing between Sanjeev and certain death and that too in the most unassuming of manners. Gul Panag has played a terrific Indian wife in Manorama Six Feet Under. I got a similar kind of vibe from her character here and it worked well for the character. Aasif Khan played the disgruntled groom in Panchayat who makes way with Jeetu Bhaiya’s revolving chair. Here his character is in the same lines but is a lot more tragic. Mairembam Ronaldo Singh as a transvestite and Ishwak Singh as Hathiram’s sidekick do commendable jobs.

It would be criminal to not mention the cinematography of the series. It has the kind of quality that will go unnoticed, but it remains a fact that Avinash Arun and Saurabh Goswami’s compositions and selection of camera angles help tell the story in a way that is unnerving and highly disturbing. Closeups are used efficiently. Skewed perspectives are used to communicate important points and the action and chase sequences are captured with utmost realism and energy. The editing of the series is spot on and is in keeping with the cinematography and overall feel of the narrative. It wouldn’t be wrong to say that the series doesn’t have a single dull moment. Maybe on the second viewing, the scenes between Neeraj Kabi and Swastika might prove to be a drag sometimes, but they are essential in extracting the drama that the series goes for in the end.

On the flip side, it can be said that the series is unable to avoid the “Hindu bashing” that has become the norm of the day in every series and film these days. It also falls prey to portraying a specific community as the victim and the other as the marauding villains which rob it of subtlety. However, in its defense, one can say that it is about a particular story and it went in a specific direction as some other story might go in a very different direction. I also felt that the end reveal was a little undermining and the villains might not have gone as far as they went to accomplish something that they could have easily got done in a different and easier way. It did raise some questions on the believability and realism of the series. Having said that, Paatal Lok is still worth every minute of your time and if you have an appetite for grisly, gruesome, and gritty mysteries that are peppered with politics, scandals, torture, and betrayals, this is a series tailormade for you.