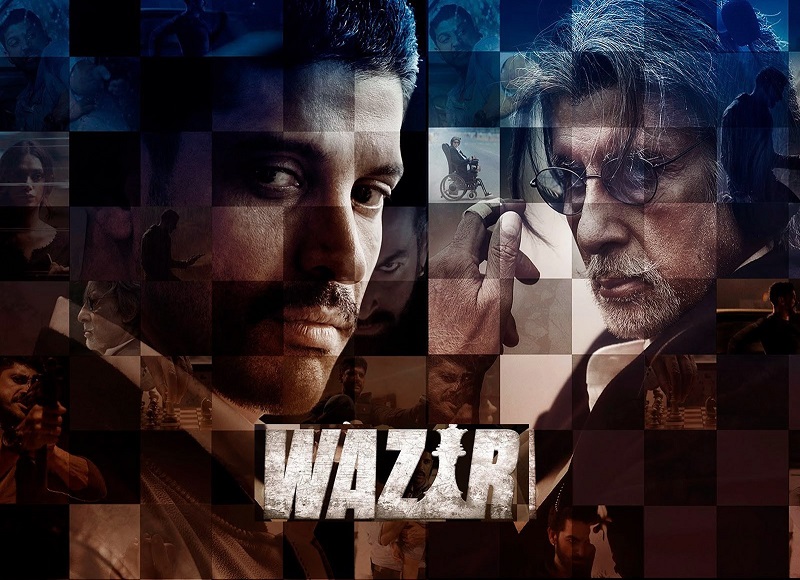 Wazir is a perfectly functioning story that is marred by some preposterous debacles in terms of writings. A story that starts off well, holds its own and above and all has two stellar performances from Amitabh Bachchan and Farhan Akhtar, is terribly let down by some malnutritioned characters, some gaping holes in terms of believability and an uncanny lean over at wrapping up the story too quickly. Even though the tight screenplay, great action and as mentioned before, Big B and Farhan keep the proceedings breezy, you cannot help but take notice of the gaping flaws that mustn’t have had a place in a film like this.

The story revolves around a cop Danish Khan (Farhan Akhtar) who is happily married with a daughter. During a chance encounter with a terrorist, his daughter is killed. This incident destroys his 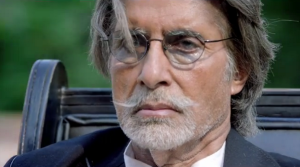 life. His wife blames him for the incident and walks away from him. He is on the verge of committing suicide when Pandit Omkarnath Dhar (Amitabh Bachchan) knocks on his doors. The two meet and Danish comes to know that Omkarnath has also lost his daughter to an accident and knew his daughter too. Omkarnath believes his daughter’s death not to be an accident but a murder. He requests Danish’s help in finding out the truth behind the man he thinks is responsible. As Danish digs deeper and deeper into the mystery he soon realizes that there may be ample truth to Omkarnath’s beliefs. 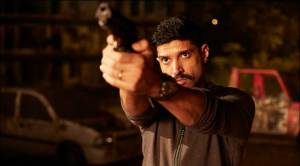 The film has a gripping narrative which is periodically marred by some terrible mistakes. The amputee driving a car (which may be happens, but thats a big maybe!), Omkarnath telling Danish’s wife how he met him and somehow Danish never knowing the facts that he revealed to her and the whole segment involving Neil Nitin Mukesh as the Wazir really destroy the otherwise “totally grounded to reality” screenplay. These mistakes appear even more pronounced because of the amount of seriousness that the screenplay is able to extract from the rest of the narrative. The big climax also fizzles out because of the simple reason that right from the first instance that he appears on screen, the baddie is always know.

Before we get into the two best things about the film, let us talk a little about the other characters. Neil Nitin Mukesh is there for just one scene. He is 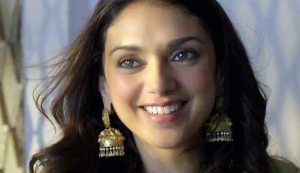 shown as a figment of imagination of Omkarnath and that I found extremely difficult to take in. It just doesn’t make any sense when the final revelations are made. John Abraham is there for about 2 minutes. I still couldn’t understand what made him do the part. In the climax he keeps telling Danish he has 30 seconds to escape from a particularly building but the sequence then drags along for over two minutes. This again dents the believability of the film. Danish gets away with murdering a political leader without a single finger pointed at him. Again something that mars the believability of the film. 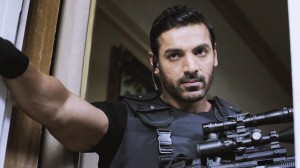 Farhan Akhtar is grueling in his brooding act. He doesn’t have to try to enact, it all seems to come to him naturally. I loved his sequences with his wife and his haplessness at not being able to save his daughter and also Omkarnath. These scenes bring out the best in him. Amitabh is brilliant when he is not Amitabh. I can point out films like Khakee, Lakshya, Deewar etc as testimony to this fact. Here he becomes Omkarnath Dhar. He is sometimes sad, sometimes happy, sometimes scared and sometimes foolishly brave but he is still consistently brilliant. He truly belittles Farhan’s character in every scene that the two share.

The film has beautiful music. I mention this for the simple reason that the film’s music means something to the narrative and it also adds a lot to the 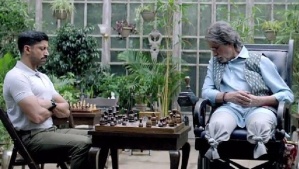 mood. I particularly loved the first track. The background score is perfect and suits the mood and style of the story. The film boasts of great cinematography. I really liked the way Nambiar’s previous films were shot namely David and Shaitaan. He takes a much more reserved manner of putting things forward this time and is still able to present a pretty picture. To me Wazir is one of those films that I wanted to love with all my heart but I couldn’t because of the atrocious mistakes that it commits throughout the narrative. A few more re-writes would have easily fixed the script and made it a much much more engrossing, effective and above all a haunting fare. This is an opportunity missed for Bejoy Nambiar.